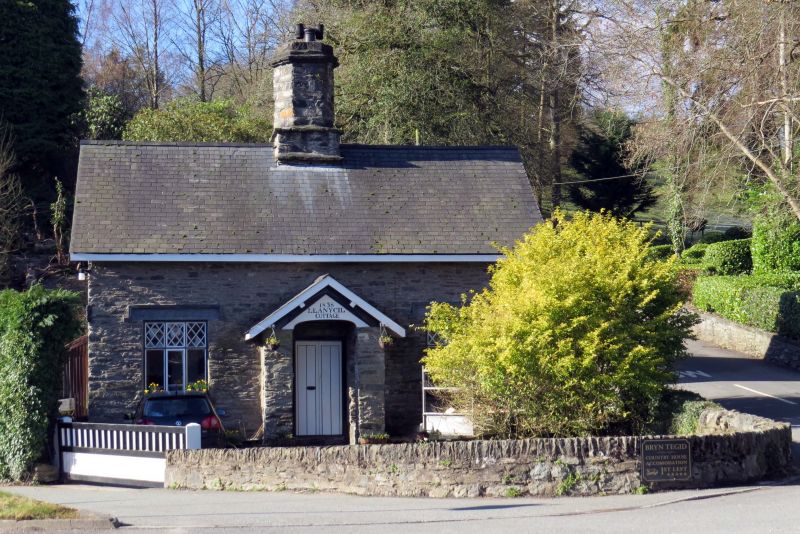 Location: Facing NE on a triangular site at the junction between the main road, along the shore of Bala Lake, and the by-road to Parc; set back behind a rubble walled forecourt.

Dated 1838; built as a Church Schoolroom and Schoolmaster's House and capable of taking 50 to 60 children. The 1847 Education Report indicates that the school did not flourish and had closed after only a few years.