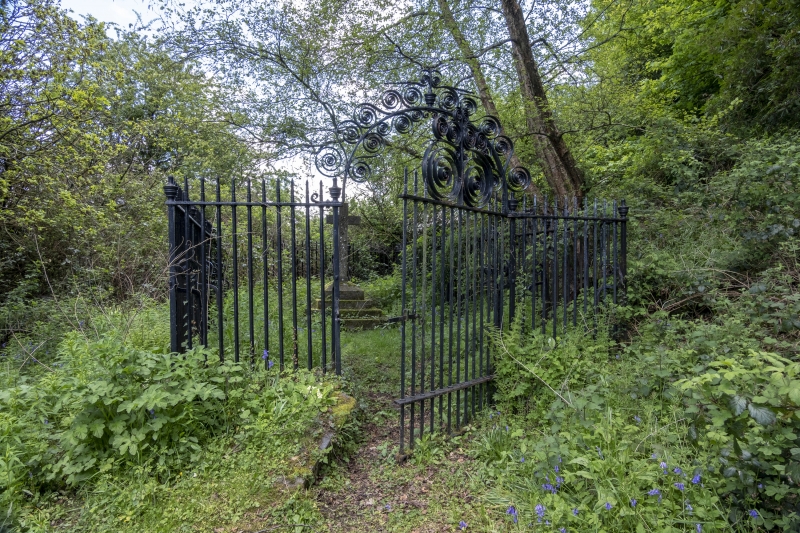 Location: Situated around Old Church, some 1.1km of E of Llechryd Bridge.

Churchyard steeply sloping to S of church with numerous memorials of the later C18 and C19, notable for the number of iron railed enclosures, some with exceptionally ornate wrought iron overthrows. Churchyard was cleared of undergrowth and some of the ironwork restored c.1968-73 by the Rev P Evans.

Churchyard of Manordeifi Old Church, irregular shape, steeply rising to S Entrance with rubble stone and slate stile at W end. Within churchyard are a number of iron-railed enclosures around family burial plots, mostly with spearhead rails and Cilgerran stone plinths. They are as follows:

7. Iron railed enclosure on slope, slab memorial to David Davies of Pentre (d. 1829) and Saunders-Davies family, the urns on the stanchions similar but cast to rake in line with slope.

E of chancel is large stone arch-headed memorial with voussoirs to the arch framing a recess with attached plaque to Lt John Griffith of Vaynor (d. 1797).

Group value with Old Church, the enclosures are relatively rare survivors as many elsewhere were taken for wartime scrap.