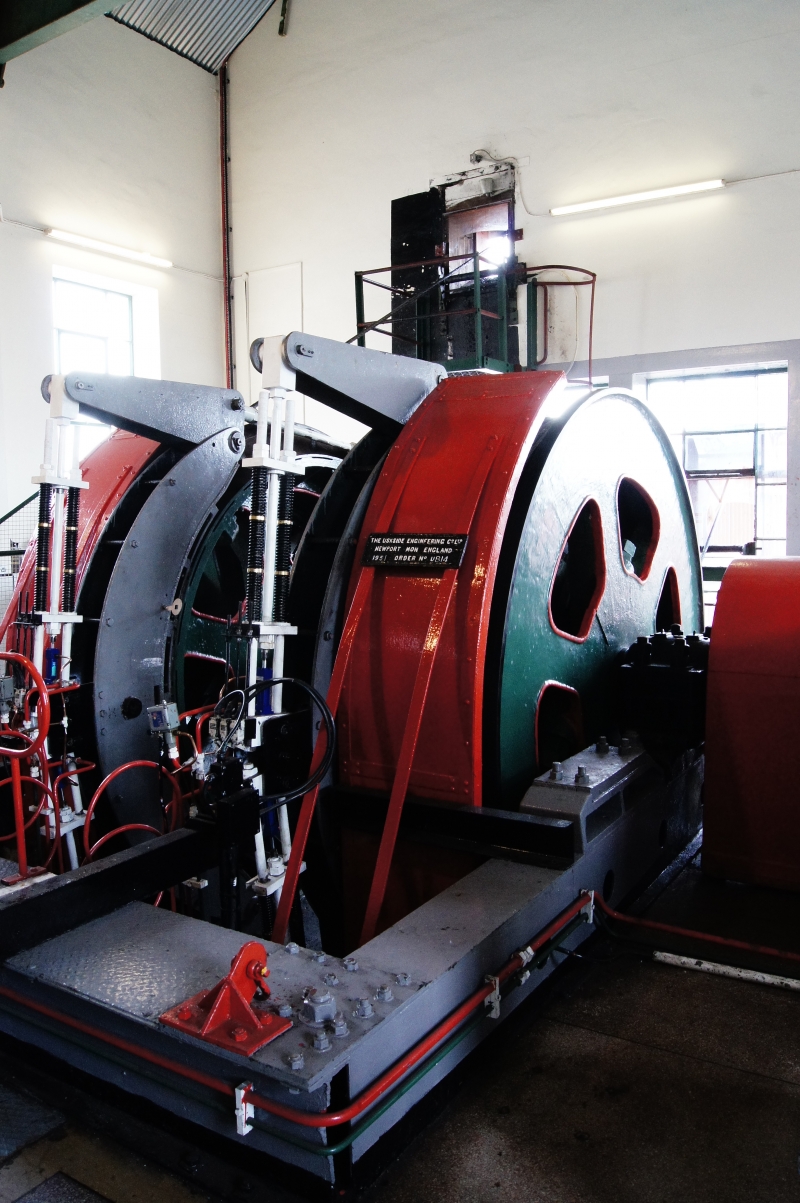 Location: Situated to the south west of the pit head.

An electrical winding engine was installed here in 1952. It was built by the Uskside Engine Company of Newport. An earlier winding engine house and steam powered engine stood to the north. Big Pit was operated in connection with Blaenavon Ironworks, then by the National Coal Board from 1947 to 1980. Underground workings date from the early C19 but the shaft on this site was sunk in 1860. The present surface structures date from between c1900 and the 1970's. This piecemeal development was typical of mines in South Wales and it is now the most complete remaining, having been reopened as a museum in 1983.

Single storey, rectangular, pitched-roof brick building, with three bays. It has a small extension to the north-east. South-east elevation has a brick ramp leading to central double doors. Flanking windows have metal glazing bars, brick sills and concrete lintels. North-west elevation has doorway approached by steps with two windows to north. The north-east gable has an external flight of steps. There is one large window with three lights, concrete mullions and cast iron lintel, from the centre of which runs the winding cable. A second cable runs through a small opening above. Below the large window are three square headed openings, also with cast iron lintels and wooden doors set back.

The walls are partly tiled and the floor has polished stone tiles. The driver's cabin and the winding engine are still in place.

Included for group value with other listed items at this exceptionally complete colliery site.