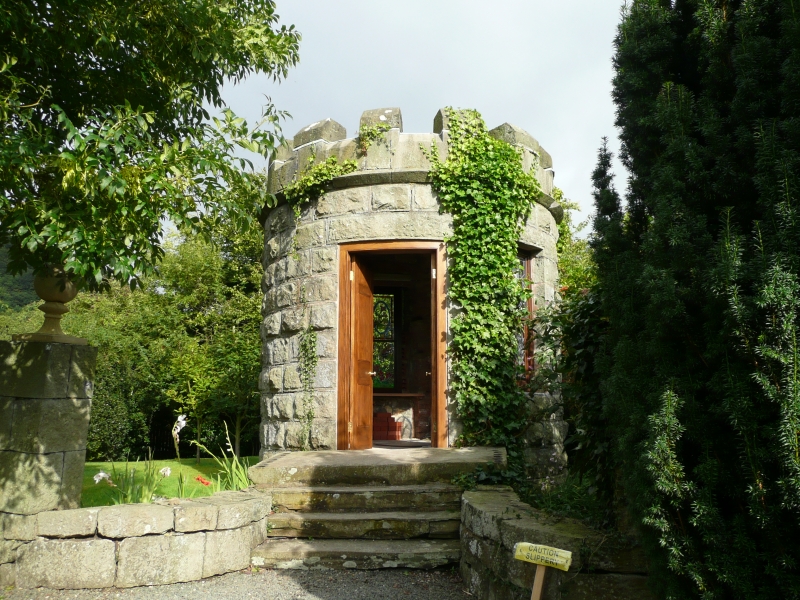 Location: Situated on the upper terrace, approximately 50m east of the south elevation of Maesfron house.

Built c1830-50 as a gazebo in the garden of Maesfron for Francis Allen. Set on a raised mound, approached by 4 steps and curved wing walls terminating with piers. Iron railings missing.

Included as an important element of the landscaped gardens on the south side of Maesfron.