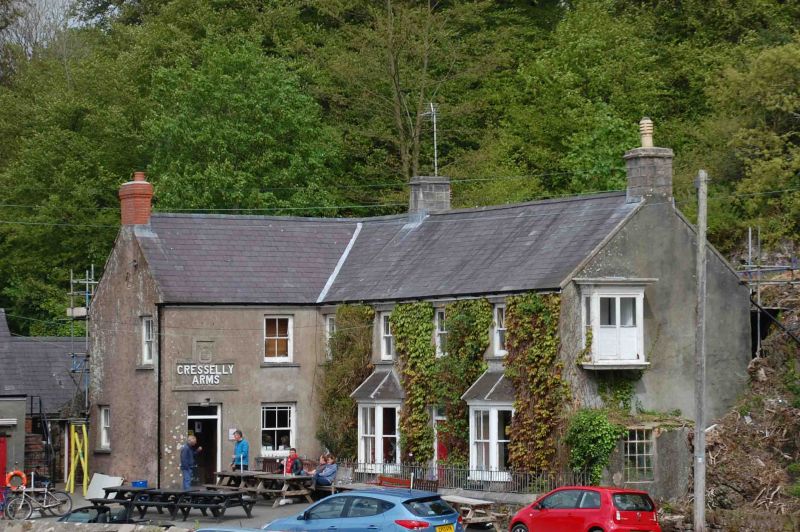 Location: Beside the road overlooking the Cresswell River and Quay, on the edge of the parkland to Cresselly House.

Originally an C18 2-storey, 3-window house with 1-storey wings forward at the ends; it is known to have been occupied by John Upton in 1756. It is marked as a public house on the 1864 O.S. Map. It was remodelled in the later C19 (after 1873) to create the present inn with a 4-window front plus 2-storey gabled wing to the left.

Recent photographs show the name of the Public House, Cresselly Arms, displayed in raised letters on a large panel over the door of the return wing, with the Allen crest above; however, the name and crest are now (1996) concealed by creeper growth.

Group value with other listed items at Cresswell Quay.