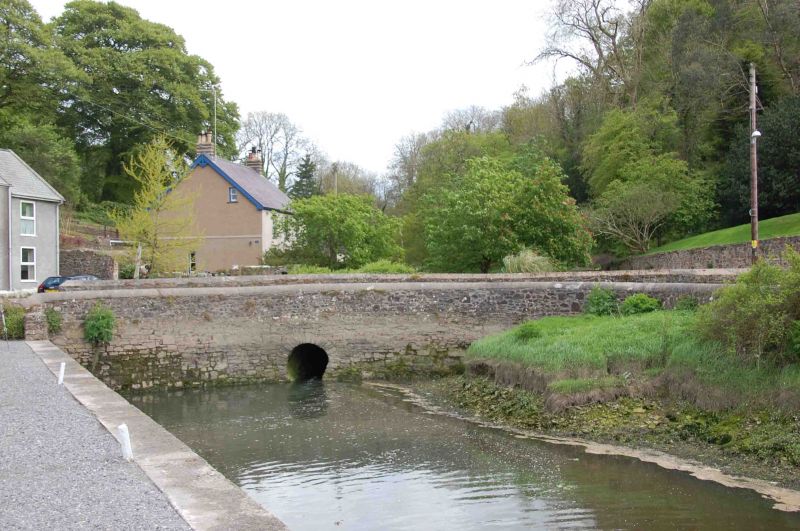 Location: Bridge crossing a minor tributary of the Cresswell River immediately to the S of the Quay. The stream is the Martletwy/Jeffreyston boundary.

Late C18 bridge crossing the Treen Bridge Lake adjacent to Cresswell Quay. It was not adopted as a County Bridge.

Bridge of local rubble sandstone with a small archway. Low parapets, about 0.8 m high. The bridge has probably been greatly widened on the E side, as it is now considerably wider than the road from Pisgah approaching it; but a similar stonework E parapet has been constructed. The W parapet has a rounded cemented coping, the E parapet has a similar coping brought to an apex.

On the W side the parapet follows a broad curve and its S end abuts the gate-pier of Cresswell House. Its N end returns for a short distance and abuts the roadside wall of the Cresswell Quay.

Listed, notwithstanding its widening, for group value as an important visual link between the other listed buildings of Cresswell Quay (Cresselly Arms, Cresswell Quay and Cresswell House).