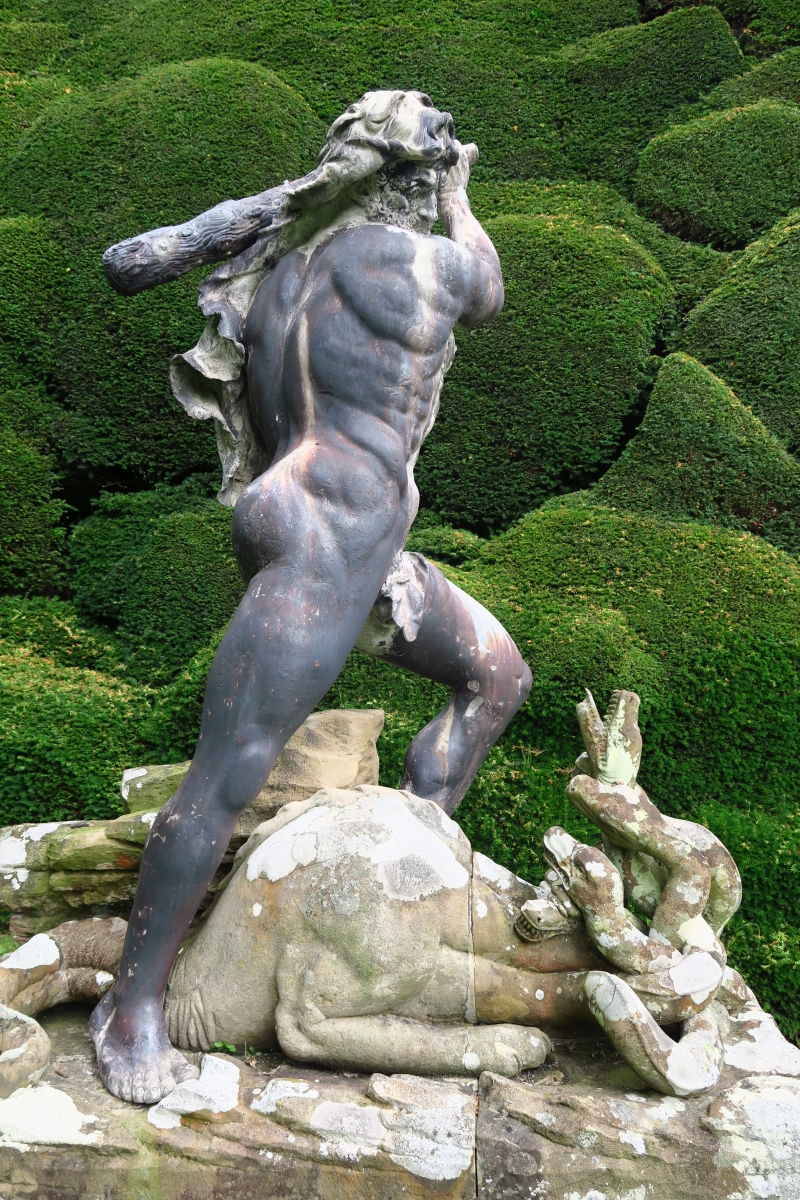 Location: Towards the E end of the top terrace of the gardens, close to the great yew hedge.

History: The statue is one of a number of lead statues at Powis which have been attributed to the studio of John Van Nost, and which are assumed to have been made for the Baroque water garden (largely completed, 1705), which formerly occupied the land at the foot of the garden terraces. This statue is signed by Van Nost's pupil Andries Carpentiere. The statues probably used lead from the Powis family's own mine at Llangynog, Montgomeryshire. The water gardens were demolished between 1801 and 1809, and it is likely that this statue was sited in its present position shortly afterwards.

Description: Lead figure of Hercules on a stone plinth. Hercules is depicted wearing a lion-skin and slaying the hydra (carved in stone), using a club which is made of wood.

A Baroque sculpture of exceptional quality and power, which is of particular historical interest as it was made for the lost Baroque water gardens at Powis - one of the few surviving relics of them.