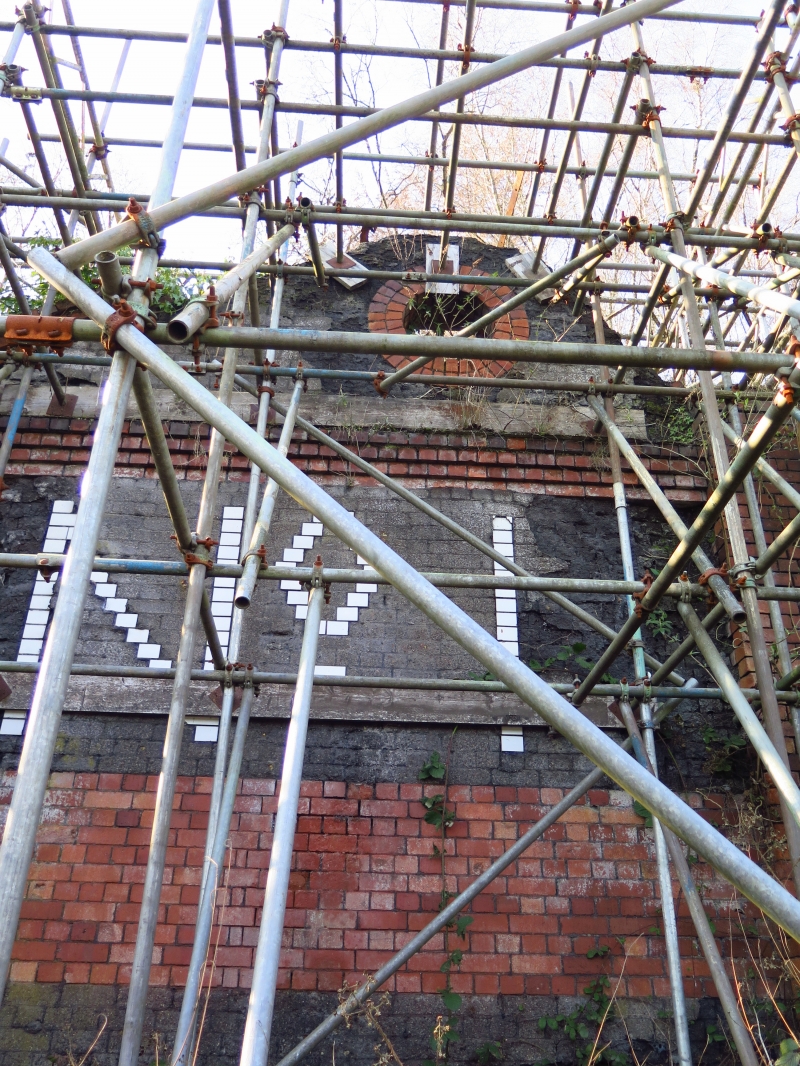 Location: Located on the west bank of the river Tawe, opposite the White Rock Industrial Archaeology Park.

Hafod Copperworks was established in 1810 by John Vivian and continued to be owned by the Vivian family until 1924 when it amalgamated with the adjacent Morfa Copperworks. It was subsequently operated by Yorkshire Imperial Metals until it closed in 1980. The Vivian locomotive shed was built c1910 for the first standard gauge Garrett locomotive in Britain. The locomotive was used to transfer materials around the whole Hafod works site. The shed was built to a high specification to store and maintain the locomotive, with a saw-tooth roof, despite its narrow form, to maximise north light and ventilation of steam, and was proudly titled in glazed brickwork.

A narrow, single-storey building, one bay deep and nine bays long. The shed is constructed of red and grey brick, with a metal truss roof. There are nine saw tooth gables providing north-facing rooflights with ventilators at their centres. Each gable has a circular ventilation window with red brick dressings. The bays are divided into panels of grey bricks (made at the copperworks), with a plinth, piers, corbelled string course and gable cornices of red brick. White glazed bricks in seven panels pick out letters more than a metre high to refer to the function of the building as Vivian and Son engine shed: 'V & S Ltd No1 SHED'. There are wide square openings at either end, formerly with wooden doors, for access by locomotives.

The interior is open for its full length and wide enough for one railway track. There are remains of timber dividers placed laterally in the roof gables to carry steam from the locomotives to the central parts of the roof for ventilating. A service pit runs the length of the building in the centre of the floor.

Listed as a rare locomotive shed and for group value with the listed buildings of the Hafod and Morfa copperworks.