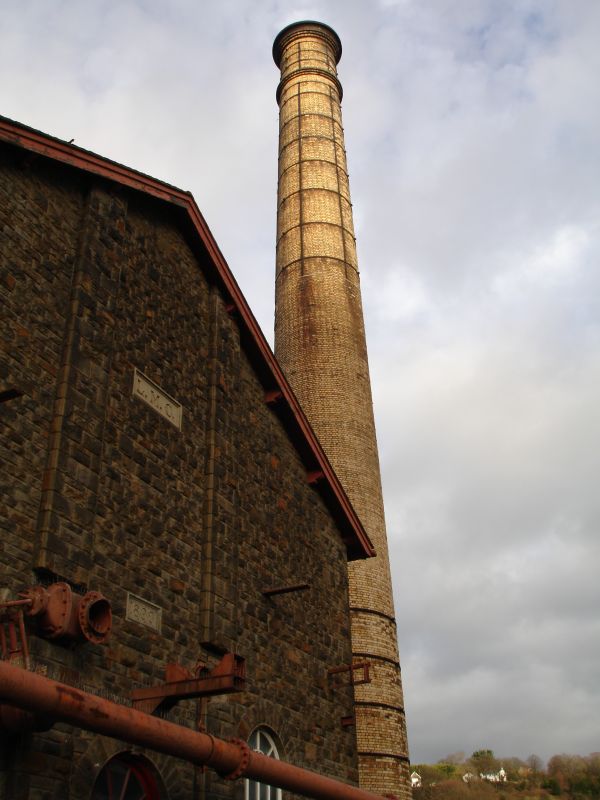 Lewis Merthyr Colliery was established in the mid 1870s by W T Lewis (later Lord Merthyr) as an amalgamation of the Coedcae and Hafod Collieries both established in 1850. The present buildings are grouped around 2 shafts sunk c1880 and c1890. By c1900 the colliery was one of the largest in Wales producing a million tons of coal a year. It was taken over by Powell Duffryn in 1929 and the National Coal Board in 1947. It closed in 1983 and subsequently has been redeveloped as the Rhondda Heritage Park. The site contains one of the most complete groups of colliery buildings remaining in Wales. The chimney served the boilers for the steam engines in the site and was built in 1892.

A tall yellow brick chimney approximately 50m high, circular in plan and tapering upwards, standing on a square rockfaced sandstone plinth with inset panels, the S incorporating a circular vent. At the top are 2 corbelled rings of brick, the height slightly reduced from formerly when a metal casing also projected above the brickwork. Chimney is bound with iron bands at top and bottom and towards middle on N side letters LM and date 1892 are picked out in relief brickwork.

Listed as a fine example of a Victorian chimney, an integral part of this exceptional colliery complex and for group value with it.