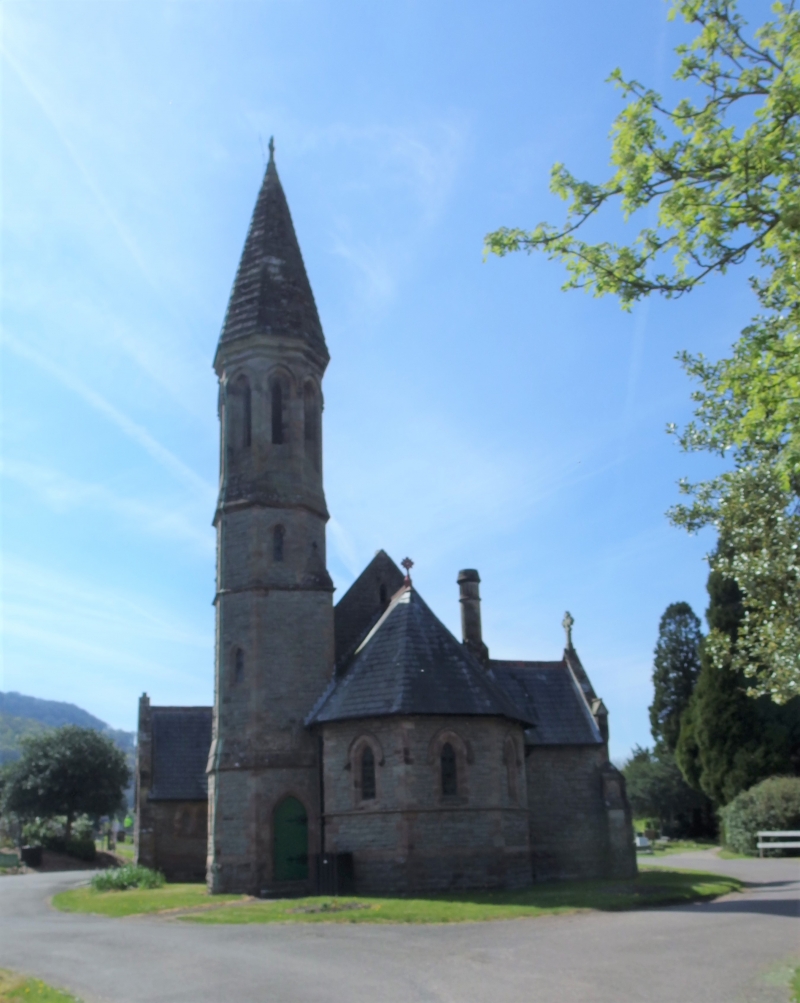 Location: Prominently sited at the top of the cemetery which is reached from a narrow lane immediately to south of Usk Bridge.

The eastern end of New Cemetery was opened in 1894 and is landscaped in the style of a Victorian public park or garden. The chapel was built to designs of E A Johnson, architect of Abergavenny.

Early English Gothic style chapel in local rubble with simple freestone dressings, slate roofs and gable parapets with crucifix finials. Composed of a nave with south porch and a stepped down chancel with polygonal east end and north vestry. At the south-east corner is a distinctive bell-tower which is octagonal and has a pyramidal roof; the belfry has deeply splayed lancet openings to each face and there is a staircase doorway to the east side. The chancel has cusped lancets and the vestry has a cylindrical chimney stack. The west end has a Geometric 3-light window. Interior not seen.

Listed as a good example of a Victorian cemetery chapel in an important setting.
Group value with the Gates and Gate-piers at the main entrance and the Lychgate.

Abergavenny New Cemetery is included in the Register of Historic Parks and Gardens in Wales No PGW (Gt) 37.