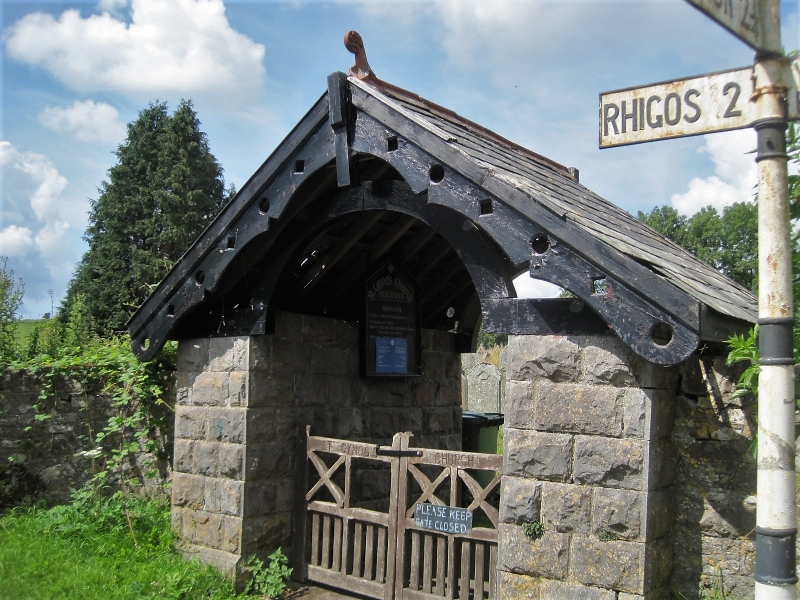 In its present form the wall is shown on the 1840 Tithe map, including the pound, while the lych gate was built in the late C19, probably following the rebuilding the church in 1895-6.

A rubble-stone wall approximately 1.5m high around the roughly oval churchyard. To the SE side is a recessed lych gate of coursed rock-faced stone and slate roof with scalloped and fretted barge boards. It has double wooden gates. On the NE side is an iron kissing gate, and further N are square rock-faced gate piers with domed caps to a single wide iron gate. On the S side are 2 infilled former gateways. The wall continues as a revetment to the SW side of the churchyard, where it is integral with a circular pound with modern gate.

Listed as a boundary wall forming an important component of the historic site and incorporating an unusual circular pound. It is part of a strong visual group including the church, The Rectory, and a well-preserved signpost beside the lych gate.