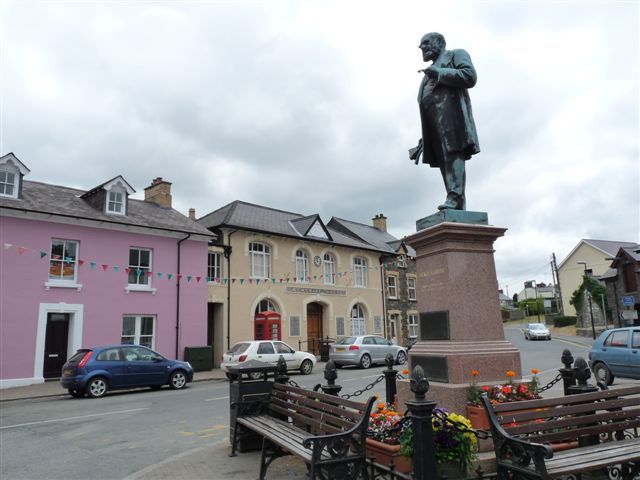 Location: Situated on N side of the Square in Tregaron.

Mid C20 telphone kiosk to the standard K6 design made for the GPO in 1936 by Sir Giles Gilbert Scott, this one made before 1952.

Listed for its prominent location in the centre of Tregaron, and included for group value with other listed buildings in the Square.