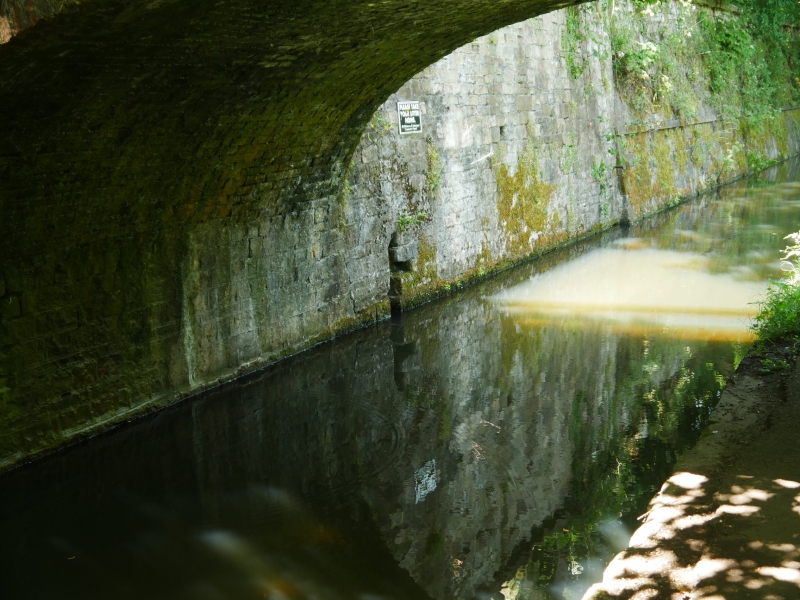 The eastern branch of the Monmouthshire Canal was opened in 1799 and ran from Newport up to Pontnewynydd beyond Pontypool. It was engineered by Thomas Dadford Jnr. and connected with several tramroads which also belonged to the same company (Monmouthshire Canal Navigation Company incorporated 1792) and which carried coal down from the pits to the wharves. This branch was eleven miles long and rose 447 feet through 42 locks. In 1812 a connection was made with the Brecon and Abergavenny Canal at Pontymoile Basin and this became the main line. The Pontnewynydd branch was replaced by a railway along the same route in 1852-4 and the newly retitled (1848) Monmouthshire Railway and Canal Company also built a line down to Newport which opened in 1852-3. The company was amalgamated with the Great Western Railway in 1880 and the run down of the canal began. Part of the main line was abandoned to traffic in 1954 and the canal was finally closed in 1962. This part from Pontymoile Basin to Crown Bridge at Sebastopol remains navigable, and is a part of what is now called the Monmouthshire and Brecon Canal.

Accommodation bridge over the Monmouthshire Canal. Squared stone laid in courses, the abutments are splayed outwards. The arch ring is in brick on the downstream side. The tow path runs under the bridge on the east bank. Lozenge shaped GWR 6-ton weight restriction sign retained at west end.

A well preserved accommodation bridge built by an important Welsh canal, the Monmouthshire Canal and designed by a noted engineer. It also has group value with the adjoining railway bridge (qv.).