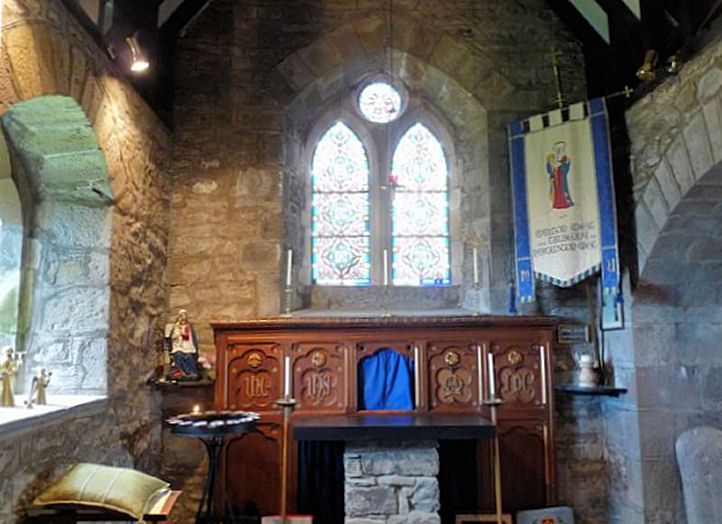 Location: Situated some 300m E of the cross roads in Walton West, on the N side of the road running E from Little Haven.

Anglican parish church, medieval origins, altered through the centuries, the W tower cut down and gable roofed before the late C18. Restored 1853-4 by R.K. Penson. A watercolour and plan in Talbenny church, said to be of 1780 and inscribed wrongly 'the cathedral of Talbenny', shows the cut-down tower and plan as now, but with plain square windows to the nave and chancel and no NE chapel. In 1851 the church was delapidated but had the nave E bellcote, the only window of note was the blocked chancel N window, with trefoiled head. There was a small chancel arch and a large squint, now gone, on the S side and the arcade had two very low flattened arches. The N aisle was windowless and narrow.

Retains its medieval plan and substantial fabric including the vaulted base of the tower, together with ancient font and inscribed stone. This church has a remarkable appearance due to the additions made in the C19.