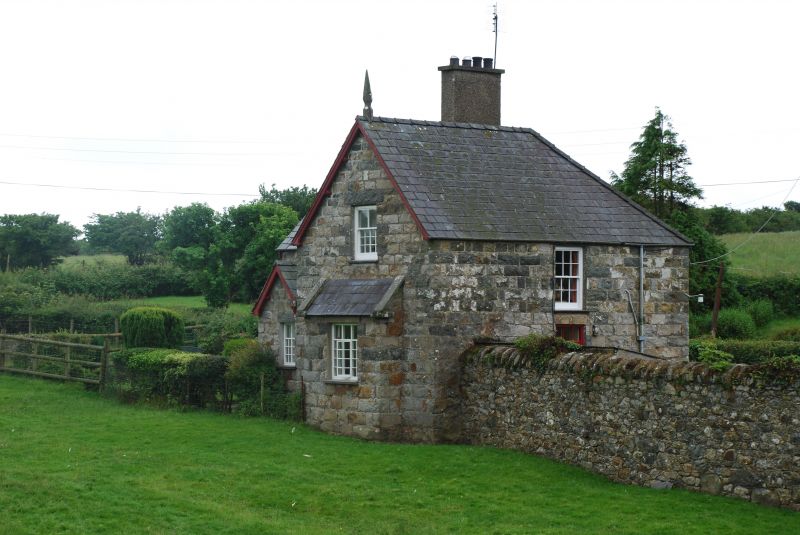 Small Nanhoron estate farmhouse, probably of c1870, connected with the large and earlier estate farmyard across the road at Ysgubor Fawr.

A well-preserved small later C19 estate farmhouse of a type rare in the region.