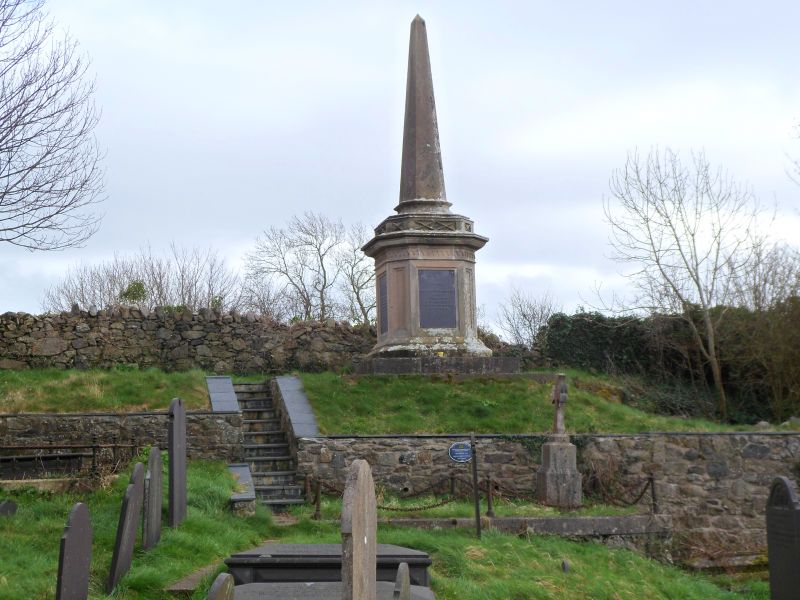 A limestone columnary memorial tombstone comprised of an obelisk set upon an octagonal plinth. Plinth has recessed panels in lower stage with slate inscription tablets set into N, S, E and W panels. Moulded cornice with lombard frieze above. Upper stage is comprised of a smaller, shorter octagonal plinth with carved panels bearing diagonal cross designs, on which is set an obelisk.

Listed as a fine example of memorial sculpture, notable for its austerity of form and detail. The memorial is of considerable local interest for its association with the Britannia Bridge.