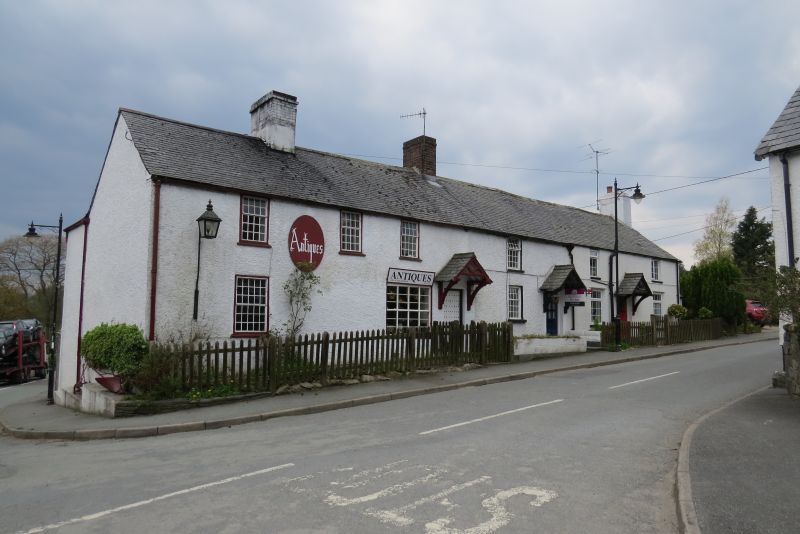 Location: In the centre of Llangernyw on the S side of the minor road leading W from the village.

Probably built in the early C19, the building appears on the 1840 tithe map in the ownership of Samuel Sandbach of Hafodunos.

Interior not accessible for inspection at time of resurvey.

Included as part of a row of C19 estate owned cottages retaining architectural integrity, with features of architectural and historic interest, occupying a prominent location in the village centre, and for group value with St Digain's church and Lychgate.