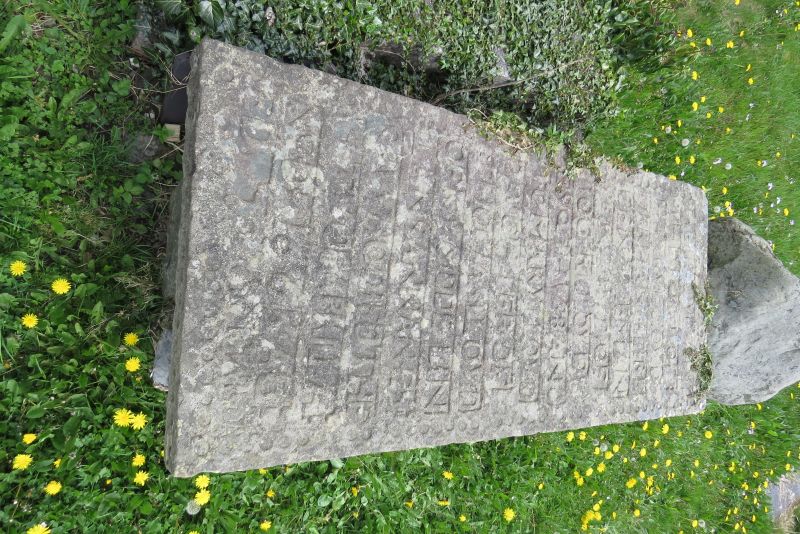 Included as a fine example of a C17 raised slab monument and group value with church of St Digain.