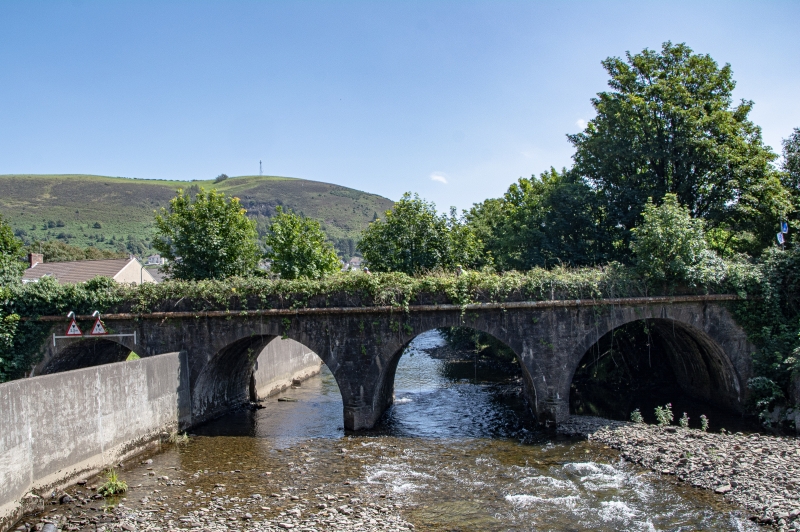 Location: Located at the SW corner of the settlement of Velindre and now carrying a path which runs parallel with Cwmavon Road.

Early C19 horse-drawn railway bridge. Associated with the development of industry in Cwmavon and providing an export route towards the docks which were established in Aberavon in 1837. Shown on the 1st edition Ordnance Survey of 1881 as the Cwmavon Tramway. It was widened to the E in the late C19 or early C20 to carry the double tracks of the Rhondda and Swansea Bay Railway.

Four-bay viaduct with round arches. Of rubble stone to the W and snecked stone to the E. The 3 arches to the S span the River Afan, whilst that to the N passes over a narrow lane. The arches of the W side have narrow dressed voussoirs and low triangular cutwaters, stepped above. Rubble stone parapets, partially missing, and with no string course. The abutments are slightly splayed. In the S abutment is part of an infilled segmental arch, probably relating to an earlier bridge. The E side is of snecked rock-faced stone with matching voussoirs, a string course and parapets, which are partially missing. Also with low stepped cutwaters. Flat deck, now used as a foot and cycle path.

Listed as a rare survival of a horse-drawn tramway bridge associated with the industrialisation of the area.