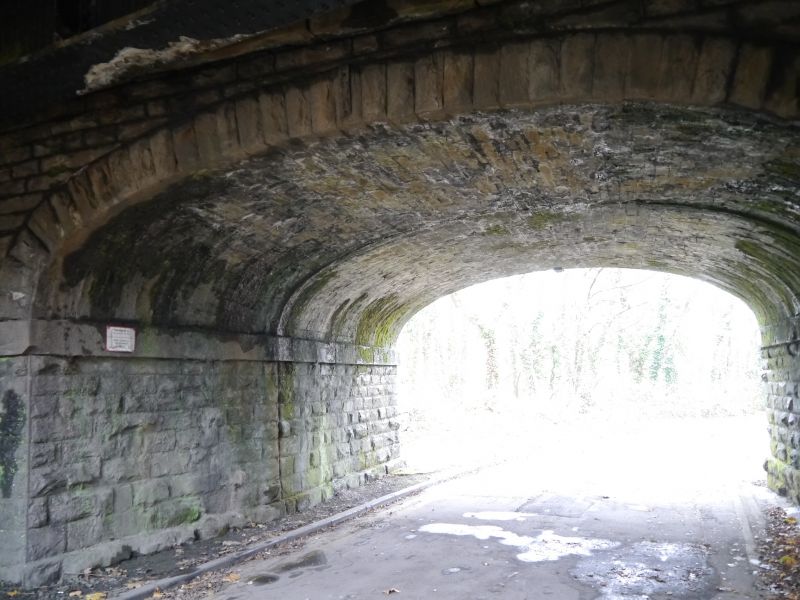 Location: On the W side of the town centre and immediately S of the skewed viaduct over Mill Street.

The Taff Vale Railway was the first major locomotive railway in Wales. It was incorporated in 1836, built 1837-40 and opened in 1840-1 from Merthyr Tydfil to Cardiff, primarily to serve the ironworks of Merthyr Tydfil. The chief engineer was Isambard Kingdom Brunel. The railway was built to the standard gauge, rather than Brunel's preferred broad gauge, because it was primarily intended as a mineral railway, although extant original bridges are wide enough to have accommodated a broad-gauge track. The railway was widened to a double track in the period 1845-61. As branch lines were built to the Cynon and Rhondda valleys later in the C19 mineral traffic, largely coal, increased dramatically, making Pontypridd an important focal point of the S Wales railway network.

The bridge is an original component of the Taff Vale Railway and is sited on the approach to the skewed viaduct across the River Rhondda. It was widened to a double track c1861, and widened further in the late C19.

A single-span railway bridge in 3 phases. The earliest phase, engineered by Brunel, is on the E side and is of coursed rock-faced stone with an elliptical arch and tooled impost band in typical Brunel style. The low parapet with railings is a later addition. The splayed abutments retain an embankment and have flat copings. On the N side the wall has been heightened at a later date. Abutting the W side of the bridge at a slight angle is the narrower second phase similar in construction and materials to the earlier phase. This is abutted by high embankment walls on which a third phase, comprising a simple late C19 plate girder bridge, has been added.

Listed primarily for group value with other listed railway items in the centre of Pontypridd.