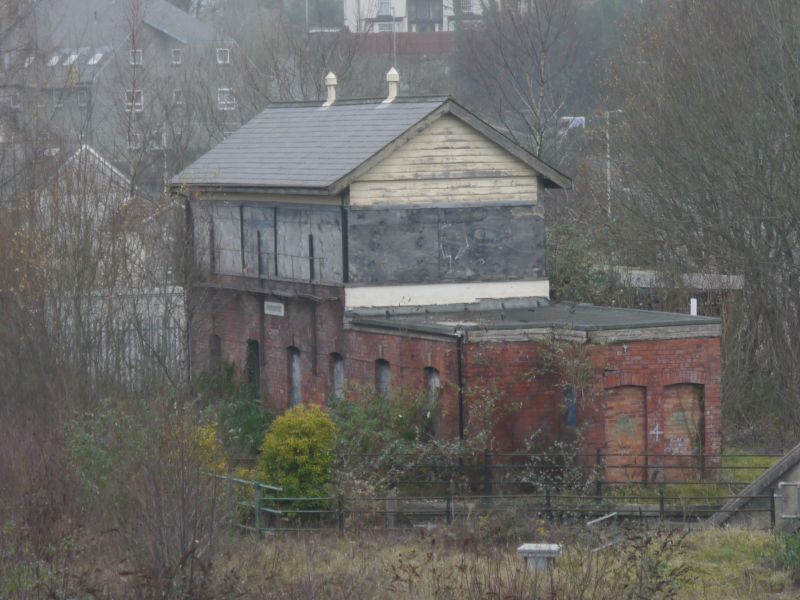 Location: To N of the Railway Station within the junction of the railway lines immediately N of Sardis Road and S of the 2 viaducts spanning the River Rhondda.

The Taff Vale Railway was the first major locomotive railway in Wales. It was incorporated in 1836, built 1837-40 and opened in 1840-1 from Merthyr Tydfil to Cardiff, primarily to serve the ironworks of Merthyr Tydfil. The chief engineer was Isambard Kingdom Brunel. As branch lines were built to the Cynon and Rhondda valleys later in the C19 mineral traffic, largely coal, increased dramatically, making Pontypridd an important focal point of the S Wales railway network. The signal box was sited at the Rhondda Branch Junction. The design, by McKenzie and Holland, is a modified version of their Type 3 design. It was built after 1895 and is possibly contemporary with the 1907 reconstruction of the station.

A 2-storey red brick building with slate roof. At the S end 2 bays have been reduced to a single storey with a flat roof, but was formerly 6 1-bays long. A name plate reads 'Pontypridd JCSB'.

The signal box once contained 230 levers.

Listed for group value with other listed railway items in the centre of Pontypridd.