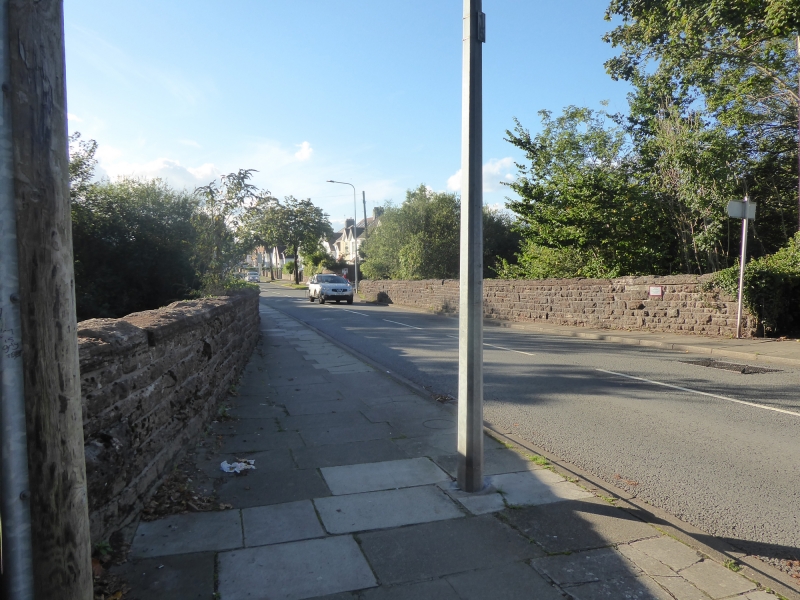 Location: On the eastern boundary of Fairwater Community where it abuts Llandaff Community.

This bridge was built in 1859 by the Taff Vale Railway and was a part of the Radyr branch which joined their mainline to the Penarth Docks. The line was opened as a double standard gauge track. The Taff Vale Railway remained independent of the Great Western Railway until Grouping in 1923. The Taff Vale was consistently the most profitable railway company in Wales. The bridge remains unaltered since building.

This bridge is constructed of red conglomerate stone cut in square blocks and with a dressed sandstone coping. It spans a cutting and has straight abutments and a single segmental arch of a "shouldered" profile comparable to designs by I K Brunel for the South Wales Railway.

Included as an early and unaltered masonry railway bridge, which is now uncommon in Wales and a great rarity in the County of Cardiff. This bridge is also in Fairwater Community.