Obelisk Marking City Boundary on South Side of Road 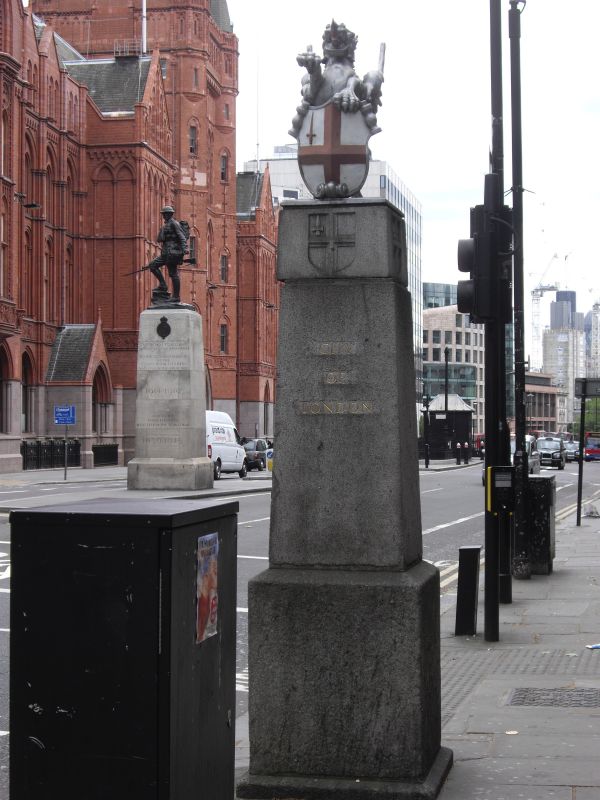 Obelisk marking City boundary on south side of roadway. Mid C19. Granite. Formerly surmounted by lantern, now with gilded Griffin. Forms a pair with an, identical obelisk on the north side of the roadway in the LB of Camden. Both obelisks were originally listed in the City of London on 05/06/72 and also included in the Camden list of 14/05/74.
Following boundary changes of 1 April 1994 the northern obelisk is within the LB of Camden and the southern obelisk in the City of London.