A Grade I Listed Building in Southwark, City of London 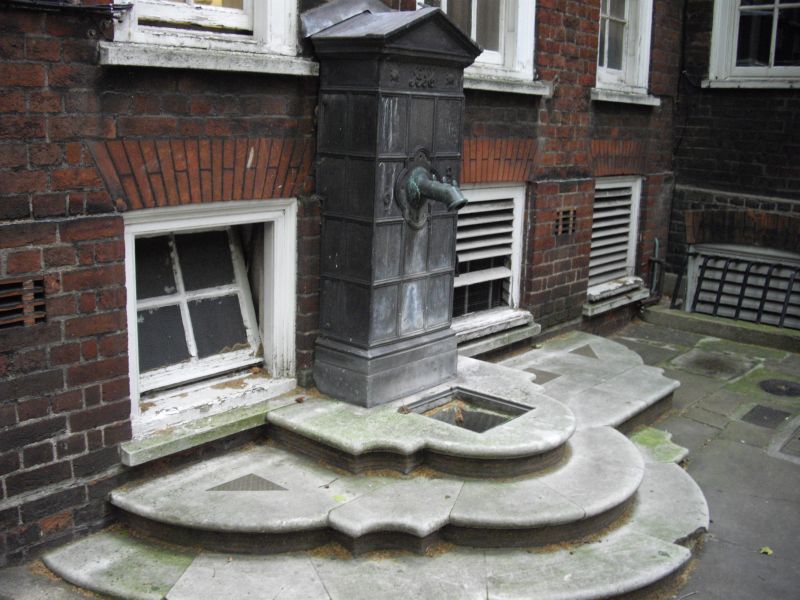 Three terraced chambers formed by the rear of Nos 337 and 338 High Holborn and Nos 1-4 Holborn Bars (qv). They form the north side of a courtyard. c1586 but altered in C18 and refaced in brick 1826. Restored by Alfred Waterhouse c1886. Extensively reconstructed in 1937, probably by Stuart W Spiller, to preserve north facades. Brown brick with moulded brick cornice at 2nd floor level and plain brick band at lst floor. Tiled roof with dormers. 4 storeys, attics and semi-basement. 12 window range. Doorway of No. 4 with stone surround with pulvinated frieze (with apron tablet over centre) and cornice with ball above. Entrance to Nos 5 & 6 beneath asymmetrically placed entrance arch from Holborn Bars. Arch with rusticated surround topped by a plain stone band. Slightly projecting bay above with Venetian window to 1st floor and tripartite sash to 2nd. Gauged flat brick arches to flush frame sashes. Parapet.

INTERIORS: not inspected. The chambers are listed Grade I for their Holborn fronts.

SUBSIDIARY FEATURE: attached water pump to No.6, dated 1937. Lead. Panelled design with pediment and central spout with quatrefoil surround. Base of 3 brick and stone bowed and shaped steps.

Formerly Listed in the LB of Camden. Since 1 April 1994 Staple Inn has been within the City of London.