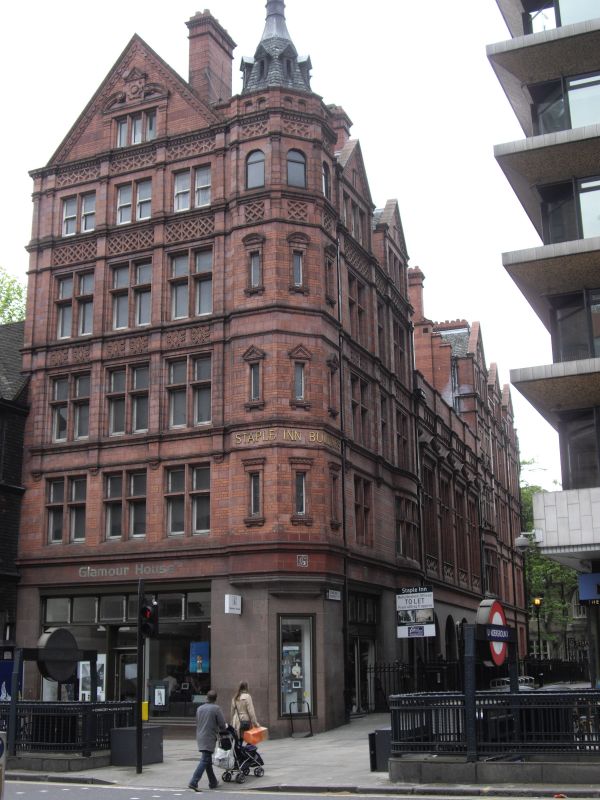 No. 336 similar to No.335 with two storeys, four bay extension at north end with hall at first floor level with pedimented windows and bracketed parapet above, and added ground floor windows below. Segmental bowed entrances with Doric columns in antis. South elevation to Staple Inn with terracotta plaque dated 1901 between two windows at ground floor level, a four-light oriel over, the top storey having three square-headed lights in arched openings under a gable with slit light.

Formerly listed in the LB of Camden. Since 1 April 1994 Staple Inn has been part of the City of London.