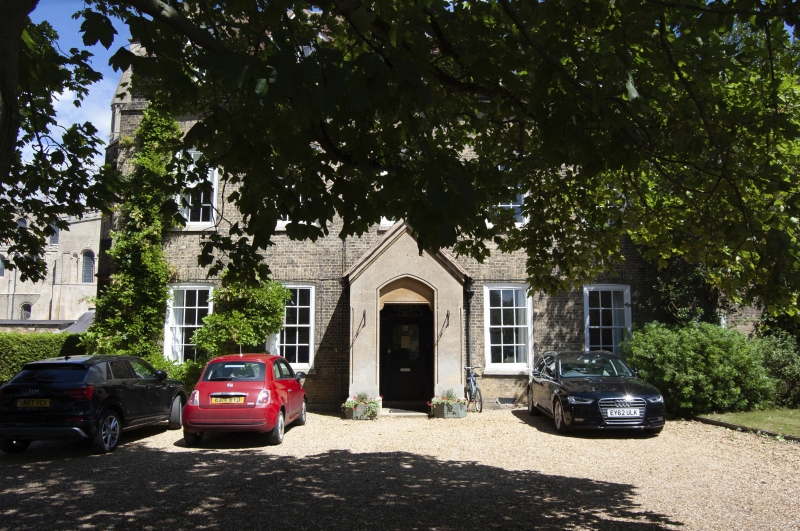 GV
I
The Cellarers House, now a boarding house of King's School extends south at the west end of Infirmary Lane. It is probably of earlier date than Infirmary. The ground storey has massive walls and a Norman barrel vault. Much of the building was demolished in 1770 when the dwelling was built on the south side. The north side has two bays of the C12 Infirmary arcade, with richly ornamented arches and capitals. The roof is tiled, with flat headed dormers. The buff coloured house on the south side was built in 1770 and an upper attic storey was added in the C19. The south front has five window range, double-hung sashes with glazing bars, in flush cased frames. A central C19 gabled porch projects on the front. The west front is C19 with two stone mullioned bays, in C14 style and two crow-stepped gables. The roof is tiled, with five C19 gabled dormers on the south front.

The Dark Cloister, Powcher's Hall, the Painted Chamber (Walsingham House), the Chapel of the Infirmary (Deanery), the Black Hostelry and Cellarers Chamber and Cellarers House (Boarding House of King's School) form a group. See also general group description under the Cathedral of The Holy Trinity.