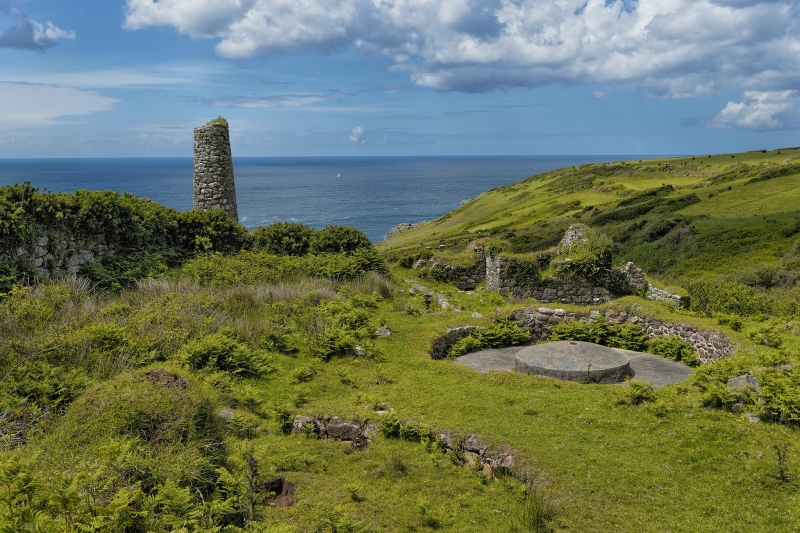 ZENNOR
SW 43 NW
3/228 Bosigran Smelting Works
-
GV II
Tin smelting house and associated structures including detached chimney. C18 and
C19. Granite rubble with some granite dressings.
Rectangular plan main building which is divided into 2 nearly square rooms. The
smelting room with remains of a brick furnace is at the higher end (west) and this is
linked to a detached round chimney (farther west) by a horizontal flue. The leat
runs under the flue and formerly powered a wheel for driving a bellows. The lower
end is older and may have originally contained a furnace but was later used
presumably to house a bellows. Nearby are other remains including buddle pits.
One of the most complete remains of C19 and earlier smelting works in Cornwall.