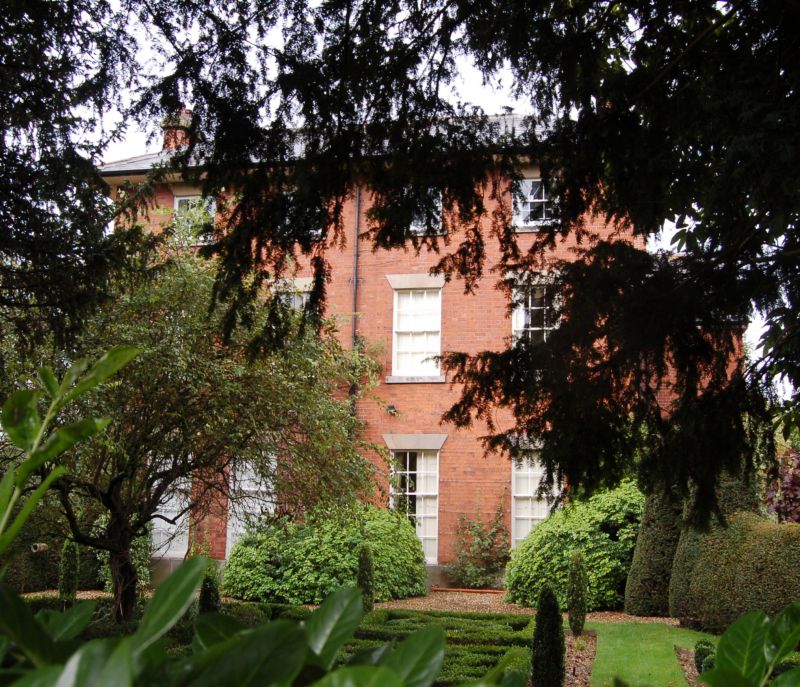 HICKLING MAIN STREET
SK62NE (east side)
6/80 The Rectory
25.9.79
GV II
Rectory. Late C18 main range with early C19 front wing and additions.
Red brick. Plain tiles and pantiles to the roof. The front wing
has a hipped slate roof with broad oversailing eaves and broad lateral
stacks. The C18 main range is of 2 storeys with garrets and the
early C19 front wing of 3 storeys, the rest 2-storeys. The east-west
C18 range has a 90° wing connecting it to the early C19 parallel front
range to the south giving an H-plan. There is a later C19 2-storey
gabled addition at the rear of the connecting wing, and a further
lower, later C19 wing at 90° to the C18 range to the north. The
early C19 front range has a stone plinth and is of 4 bays with an
added 2-window, single storey square bay to the left with cornice and
parapet. 15-pane sashes to ground floor, 12-pane sashes to 1st floor
and 6-pane sashes to 2nd floor all with stone lintels. The C18 range
has a broad central projecting stack with small windows on its right
and a garret window to the left. The dentil eaves cornice is brought
across the gable and with the verge treatment forms a pediment, broken
by the stack. The link-block to its right has the main entrance with
6-panel door, overlight architrave and small cornice. On the rear
gable end are 12-pane sashes with small, 3 over 9-pane attic sashes in
the pediment.
Interior: not inspected.