Headstones in Churchyard of Church of St Luke West of Tower 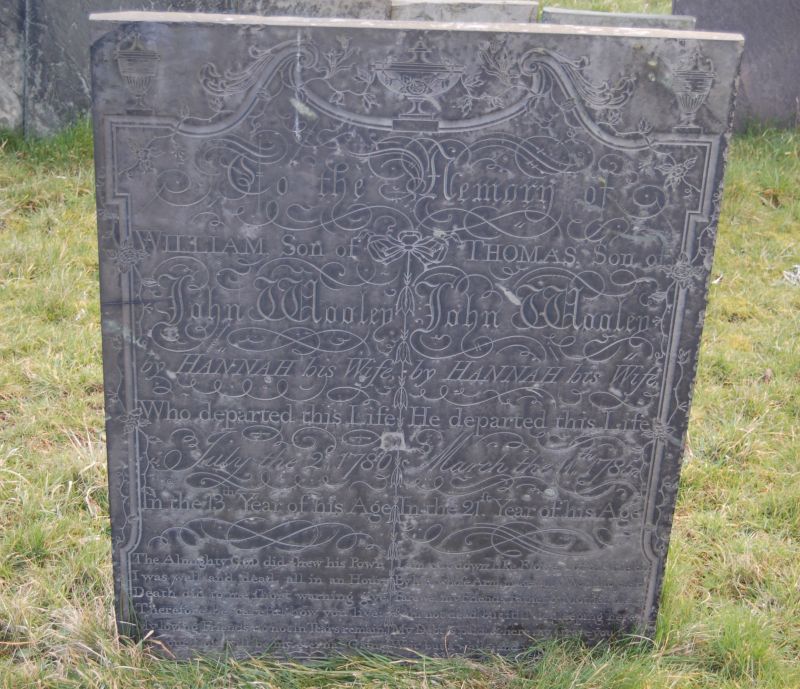 Entry Name: Headstones in Churchyard of Church of St Luke West of Tower

9. Rectangular with round-faced winged angel and the date 1728 in the
corners and 'BE YE READY' in raised letters, to: Elizabeth wife
of John Pilkinton d.Oct. 24th 1727 in her 55th year.

12. Small, rectangular, with round-faced winged angel, to: Elizabeth
Cross, daughter of Richard Cross by Ellinor his wife d.1704 in her
22nd year.

24. Classical, to: Mary, wife of William Gill and daughter of John
and Elizabeth Cross d.1781.

31. Tall, classical, shaped, to: Sarah daughter of Thomas Daykin
by Elizabeth his wife d.1788 in her 14th year.

33. Shaped, classical, to: Mary, wife of Edward Turner and daughter
of the late Samuel Daykin by Mary his wife d.1810.