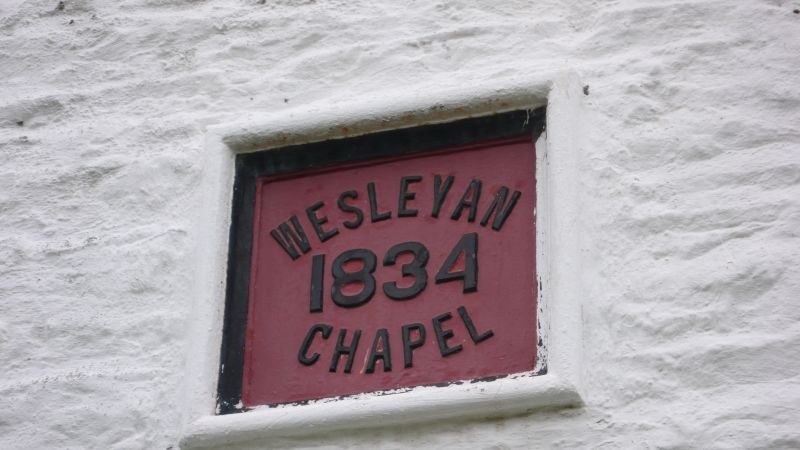 Wesleyan chapel, now United Reformed church. Dated 1834. Thin
watershot coursed rubble with large quoins, all white-washed;
graduated blue slate roof with 2 courses of stone slate at the
eaves. Rectangular single-cell building on east-west axis.
The south front has 2 round-headed 6-pane windows with
Y-tracery in the heads, and in the middle of the wall between
them a datestone lettered "WESLEYAN / 1834 / CHAPEL". The rear
has similar windows. The west gable wall has a tall
round-headed opening containing a square headed doorway with a
slab lintel and a round-headed window immediately above this,
with glazing bars and a stone slate drip-band.
INTERIOR: internal porch; pitch-pine dado and pulpit (benches
removed); moulded plaster cornice; ceiling with moulded
plaster roundel and 4 moulded plaster diamonds from which
globular electric lamps hang on chains.
Forms group with High Laning Farmhouse to the south (qv).