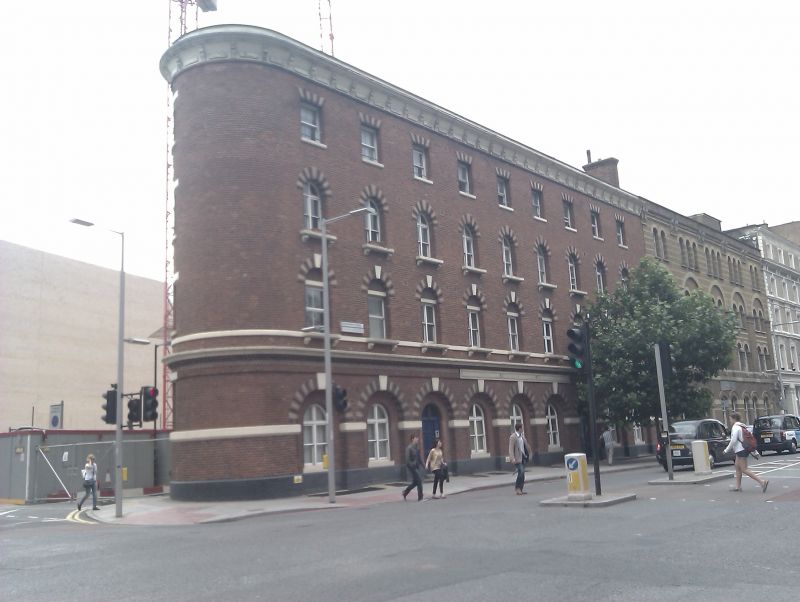 Fire station, now offices. 1867-8. By Edward Creasy the
Younger. For the Metropolitan Fire Brigade. Red brick front,
stock brick to rear. Contrasting black and white brick with
stone dressings used decoratively in the main facade. The
building has a flat-iron plan and 4 storeys. The roof obscured
by brick cornice.
9-window range: 3rd floor with 2x2 sashes under polychromatic,
flat brick arches; 2nd floor with 2x4 sashes with rounded
heads under pointed brick arches, the tympana filled with
faceted red brick; ground-floor with 2x4 sashes with round
heads under pointed brick arches. Most of the glazing is
authentic but doors in the 3rd and 7th bays are C20
replacements. Scattered fenestration to rear elevation.
INTERIOR: not inspected.
This is the earliest surviving inner-city London fire station
and was used as such until 1877, when it was superseded by the
one in Southwark Bridge Road, No.94 (qv). Forms a good group
with No.99 Southwark Street (qv).