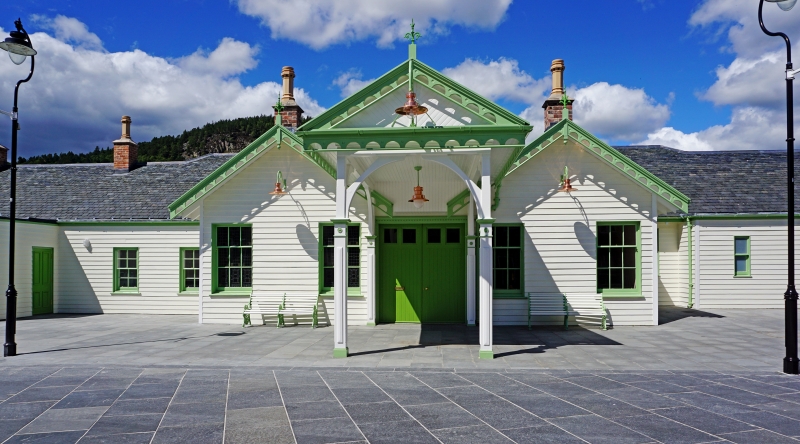 Variety of 8 and 3 over 6-pane timber sash and case windows. Gable and piended roofs to S. Granite ridge stacks with octagonal cans.

This is a particularly good example of a timber railway station with its Royal connection giving rise to some outstanding internal and external detailing. The swan-necked iron lamps, the porte-cochere and outstanding decoration in the Royal waiting room set the station apart.

The railway's arrival in Ballater in 1866 played a crucial part in the growth of Ballater as, encouraged by the regular visits made by Queen Victoria and her family to nearby Balmoral, increasing numbers of people were able to travel to the area. The town quickly developed into an important tourist destination, with the population rising from 362 in 1861, to 1,256 in 1901.

Leased by the Great North of Scotland Railway, the line was initially to have continued to Braemar, but objections from the Royal family meant that Ballater station became the end of the line. It therefore functioned as the alighting place for the Royal Family and their guests on the way to Balmoral. It was temporarily painted black and gold for the arrival of Tsar Nicholas II in 1896. The railway line was closed in 1966.