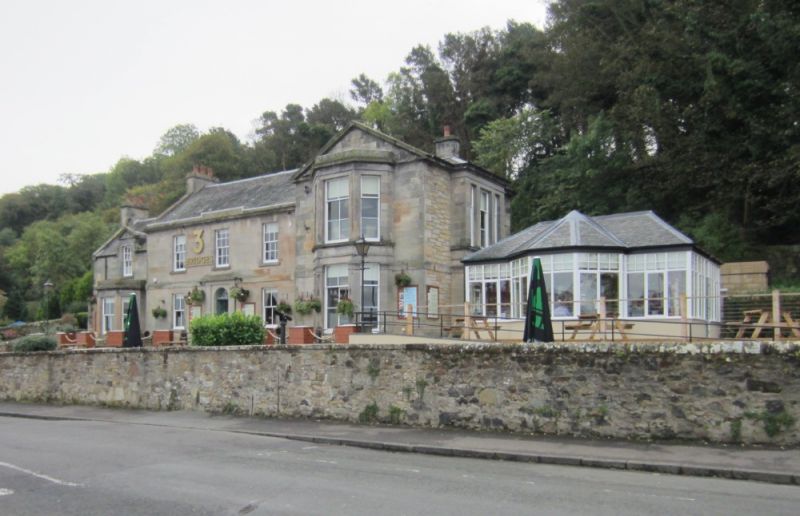 Appears on 1st Edition O S Map as Moncrief House; on the 2nd and 3rd Editions it is called Newhalls Villa; at the date of listing in 1979 it was still a private house, although then called Holst House. In 1992 it was converted to a public house and restaurant.