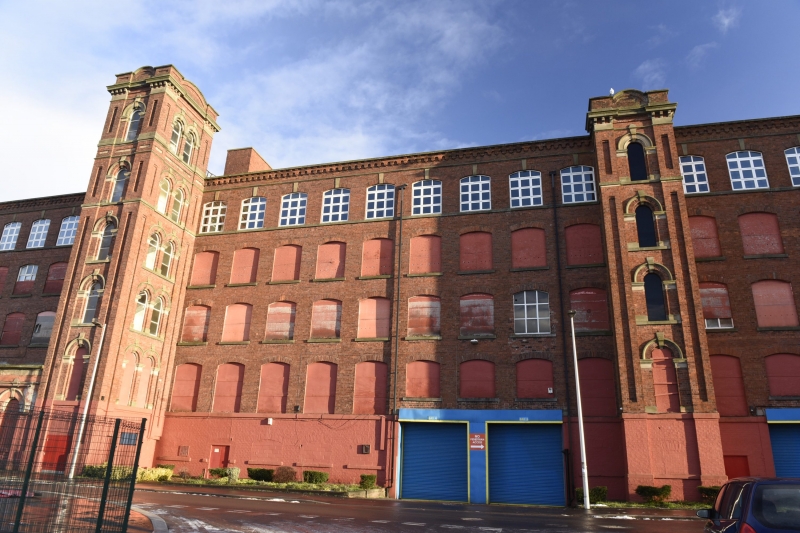 This former cotton mill is characterised by its massive scale with long uninterrupted runs of closely-arranged segmental-arched windows. It is a rare survival in an area where large industrial buildings proliferated during the 19th and 20th centuries. The fine streetscape presence is an important remnant of Glasgow's world famous textile industry.

The Dalmarnock area was developed later than neighbouring Bridgeton, with most of its industry introduced after 1860. The remaining evidence of this industrial past is mostly sited to the west of the main Dalmarnock Road. The mill was built on the site of the former Dalmarnock Dye Works for the Glasgow Cotton Spinning Co Ltd, the mill was the largest of its type in the city. Its Italianate influenced stairtowers are understood to have originally had French pavilion roofs.

The No 2 Mill, used for ring spinning, was added in 1890-1 and shared the chimney which has since been removed. The Carstairs Street mill was one of a pair of 'Oldham-type' cotton spinning mills in Glasgow, the other formerly standing on Swanston Street. The company ceased manufacturing in 1928 and was formally dissolved in 1932. Structural work by P & W Maclellan of Glasgow.