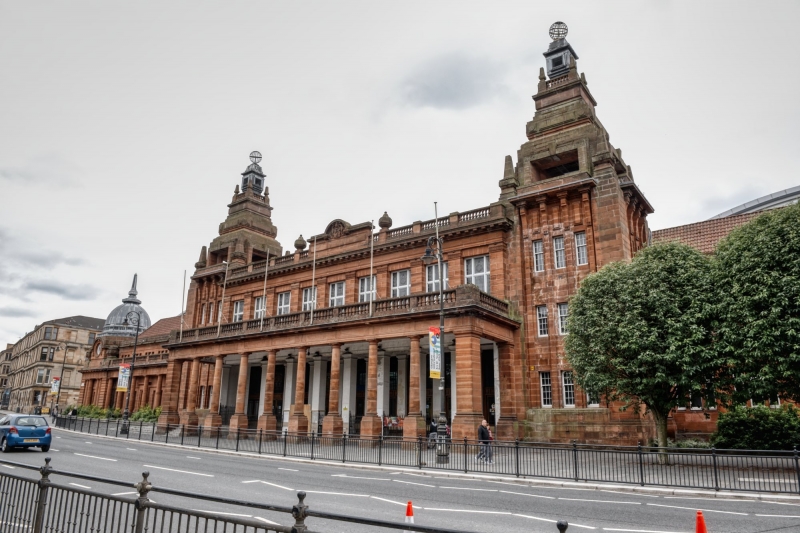 Designed to complement the municipal display of Kelvingrove Park, in particular the nearby Gallery and Museum., and contributes crucially to Glasgow's most significant recreational space. Somers was the Council's Master of Works and Engineer, 1925-41. Considere Constructions were based at 72 Victoria Street, Westminster, and their designs for roofing Kelvin Hall in 1927 reportedly realised their widest span to date. Somers had worked previously with Considere in designing the city's King George V Bridge, 1924-27 and the Queen Margaret Bridge, 1926-29. The present building replaces an earlier temporary hall which was destroyed by fire in 1926. The orb finials to the Argyle Street towers allegedly reflected the hall's holistic purpose. The Hall served in the 2nd World War as the principal factory for the construction of barrage and convoy balloons. In 1951 it took the city's contribution to the Festival of Britain, the exhibition of Industrial Power. Annually it housed the Christmas circus and concert, in between a wide range of national and international exhibitions.