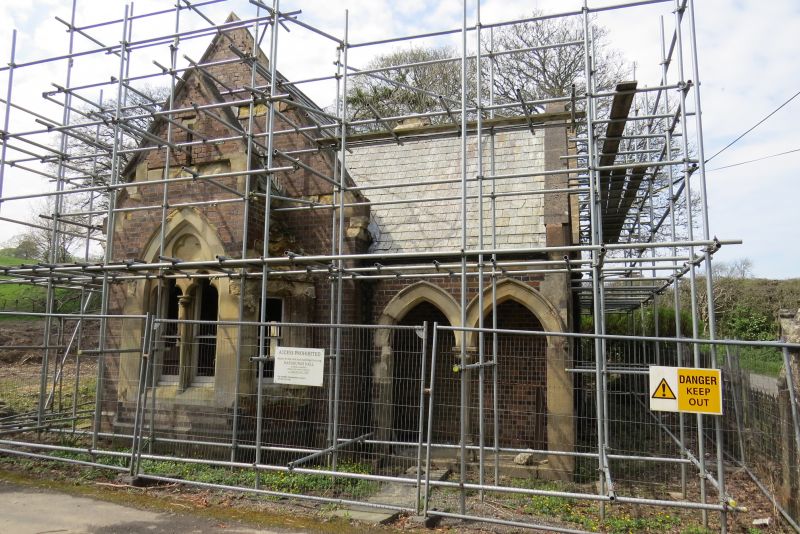 Location: The lodge stands beside the gates to the main driveway to Hafodunos Hall, S of the minor road leading W from Llangernyw, approximately 1km WSW of the village centre.

Built between 1861-66 to the design of Sir G G Scott, (1811-78) architect, for H R Sandbach of Liverpool. Scott was amongst the most important architects of the Gothic Revival and a proponent of the Gothic style in domestic architecture, although he built comparatively few houses. Hafodunos is the only example of his domestic work in Wales.

Interior not accessible for inspection at date of resurvey.

Included as a fine example of a mid-C19 lodge designed by Sir George Gilbert Scott, an important and influential architect.