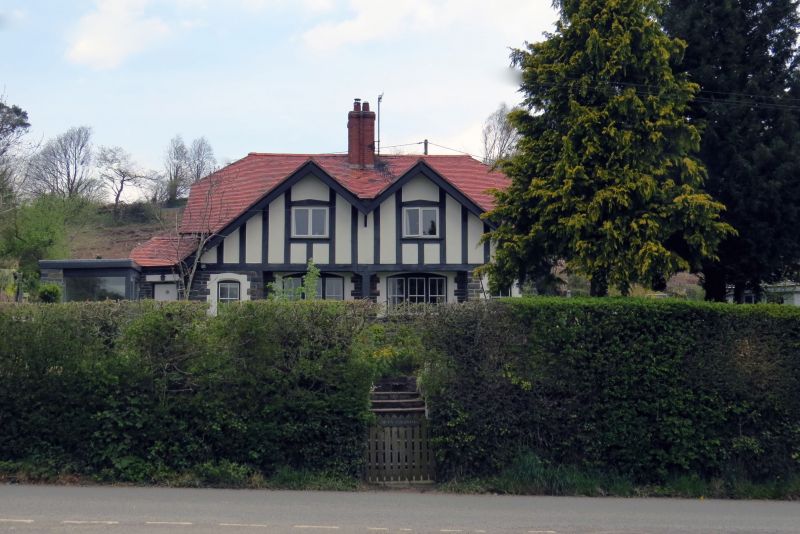 Location: The house stands on an elevated site on the N side of the minor road leading W from Llangernyw, approximately 100m W of the village centre.

Pair of Hafodunos estate cottages built between 1900 and 1910. Designed by William and Segar Owen of Warrington and similar in character to much of their work at Port Sunlight. Now a single house.

Interior not accessible for inspection at time of resurvey.

Included as a well preserved early C20 Vernacular Revival house by William and Segar Owen of Warrington in a prominent location in Llangernyw village.