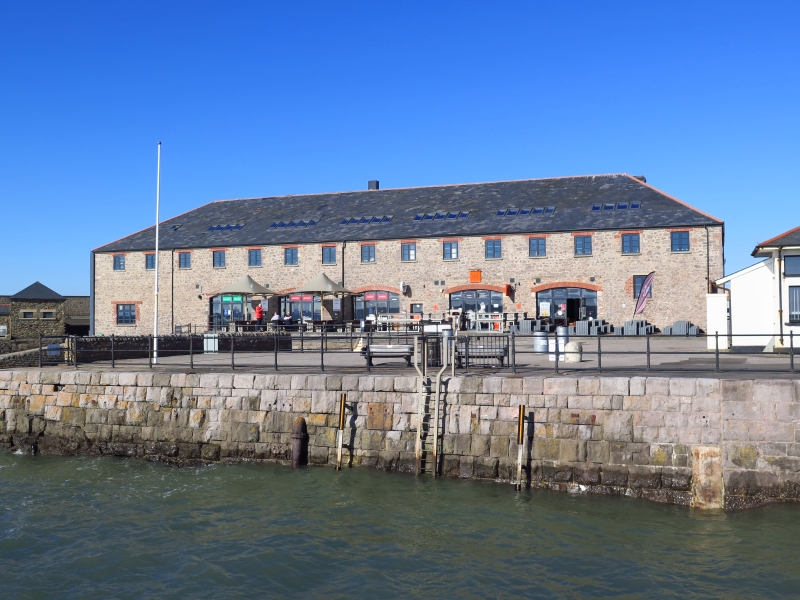 Location: Situated on the west quay of the harbour just North of the Breakwater and S of the surviving harbour basin.

Built 1832 by James Allen, the proprietor of a spelter works at Dyffryn, as the S terminus of the Dyffryn Llynfi Porthcawl horsedrawn tramroad which was built under an Act of 1825 to transport iron and coal from the Llynfi valley; the Act provided for a new harbour at Pwll Cawl, a rocky promontory amidst the surrounding sand dunes or warrens. Total cost £60,000. Shown on Tithe Map of 1846 and described in the apportionment as a 'warehouse of the Llynfi Iron Company' leased from the Dyffryn Llynfi and Porthcawl Railway Company. It was used as a store for iron and iron goods awaiting shipment and is much larger than the few other surviving examples, perhaps as a result of high early expectations of a trading future, or to provide for storage during bad weather, as at some periods the dock was only fully in use during the summer months. Name dates from 1911 when it was used by Jennings and Co, timber importers. In 1920s was part of Cosy Corner site, with Cosy Corner cinema, a converted aeroplane hanger, and Pierrot stage erected to W; to NW was an outdoor roller skating rink with the first floor of Jennings building also being used as a roller skating rink; to N was the Salt Lake for Swimming and Boating created from the former inner dock and to S was the slipway and harbour where paddle steamers called for day trips. In Second World War warehouse became a base for RAF Air Sea Rescue Launch.

No access to interior closed for repair and conversion (March 1997).

Listed as a rare example of a very early railway company warehouse, for its important connections with the South Wales Iron industry, and for its importance as one of the founding buildings of Porthcawl which originated with the harbour; group value with the Lighthouse, the Outer Basin, the Breakwater, the Old Customs House, the Look-out Tower.