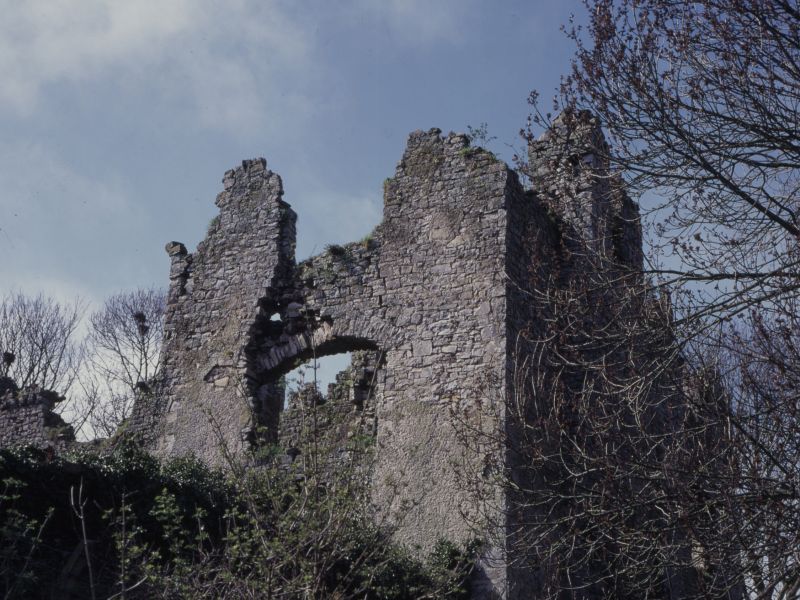 Location: On the south side of Boverton village centre.

In ruins and completely unroofed, but no longer overgrown with ivy. Built of local limestone rubble with most of the dressed stone robbed, some can be seen in surrounding buildings, some of the high up windows survive. Seven bay wide north-west elevation with projecting tower with square staircase turret with single-light windows at north-east and south-east elevation with three gables, clustered chimney stacks and higher gabled tower wing. Once mullioned window openings, with all the mullions missing apart from one in the stair tower.
The north wall to the former probably ancillary buildings, now demolished, adjoins the north-west angle of the mansion. The wall extending north-east from the north-east angle of the mansion has stone arched beeboles in its south-east elevation (not seen at resurvey).

Some stone fireplaces and doorways with chamfered arched heads survive internally. Interior not inspected at resurvey.