A Grade II Listed Building in Llandough, Vale of Glamorgan 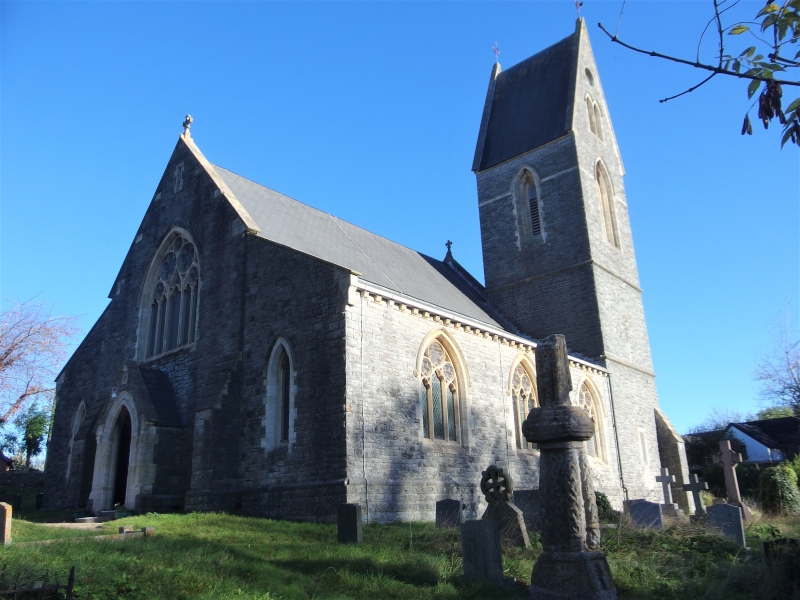 Location: Prominently sited on high ground overlooking Cardiff Bay to E and at the junction between Llandough Hill, Penlan Road and Leckwith Road with small village green in front and within a large walled chur

W front has a wide 5-light traceried window over shallow gabled porch which has continuous roll-moulding to the pointed entrance arch; inside are brick facings, a large C18 tombstone and segmental arch to W door; lancets to aisle ends. S aisle with separate roof pitch has three 3-light traceried windows. The tall and dominating SE saddleback tower has roundels in apex, paired louvred lancets below; 2-light or single traceried louvred openings to belfry; string courses; at ground level at SE is a narrow shouldered doorway up 6 steps and stairs down to basement. Chancel has lancet at SE and 4-light E window with pronounced moulded sill band. Vestry at NE has a similar wider doorway and further stairs to basement. N aisle similar to S aisle.