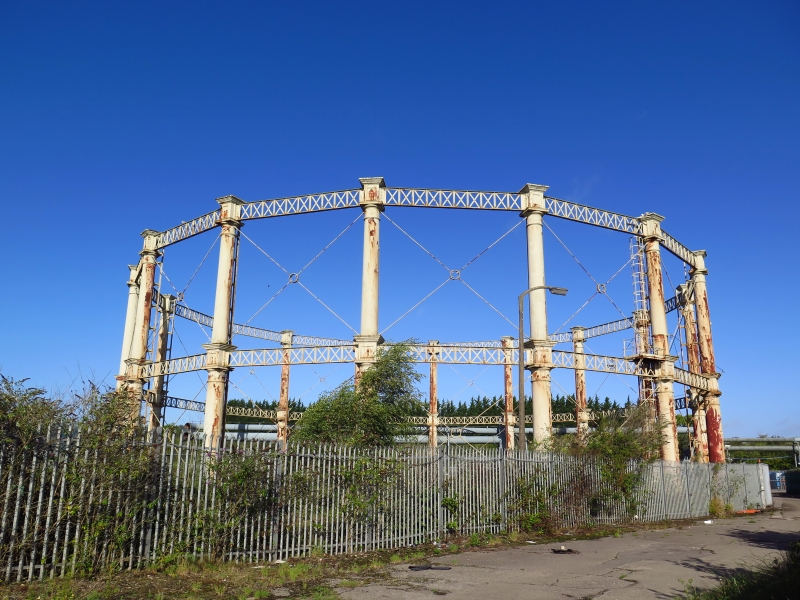 Location: Due west of Ferry Road entrance to works, approximately 200 metres from entrance.

Shallow domed crown of holder has, at circumference, brackets with wheels running on vertical rails attached to supporting framework which consists of two tiers, each of 16 cast-iron Doric columns supporting panelled entablature blocks with cornices in the manner of Florentine C15 architecture. Upper-tier columns slightly slimmer than lower with lighter, narrower entablature blocks. Lattice girders between columns at entablature level of both tiers, and x-shaped cross-bracing between columns on both levels.