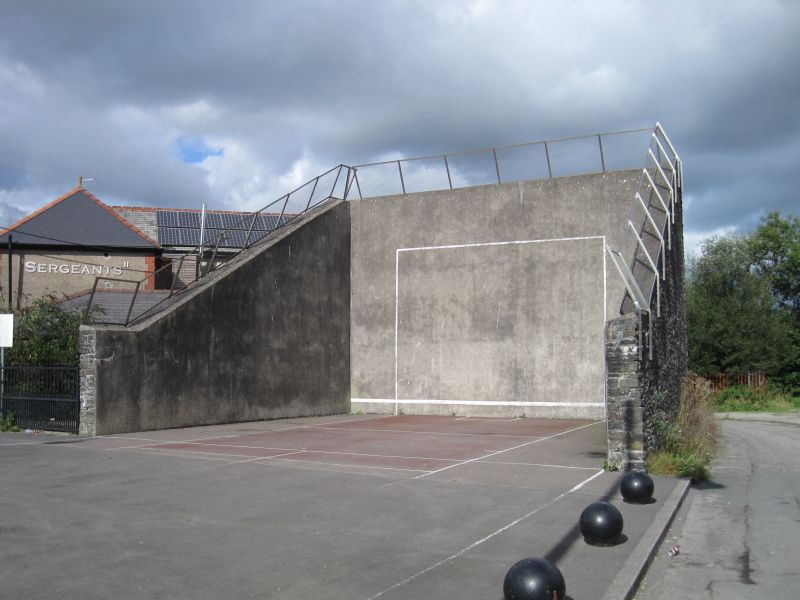 Location: In the very centre of the town, facing Commercial Street and High Street, on the corner of Station Terrace.

Believed to have been built c 1860, repaired and modified since. Game was introduced into the area by Irish immigrants working on the construction of the Great Western (Pontypool Road to Neath line) and Taff Vale Railways which both passed through Nelson. Game was first played against a flat wall of the Nelson Inn (now The Village Inn) but the Royal Oak PH subsequently constructed a purpose-built court to entice customers. Court is like those in Ireland with 3 sides, one of very few handball courts built on mainland Britain; another survives in Jersey Marine Neath dated 1864. The Nelson court was most famous from 1880 - 2nd World War with an annual tournament lasting from May - August, accompanied by much betting. Wire netting was first erected in 1913 after the building of nearby Police Station in 1910. Photo of 1925 shows the brick piers which were all or partly in situ when listed but are no longer there. Still in use with local and overseas teams competing.

Included as one of only two surviving free-standing handball courts in the country.