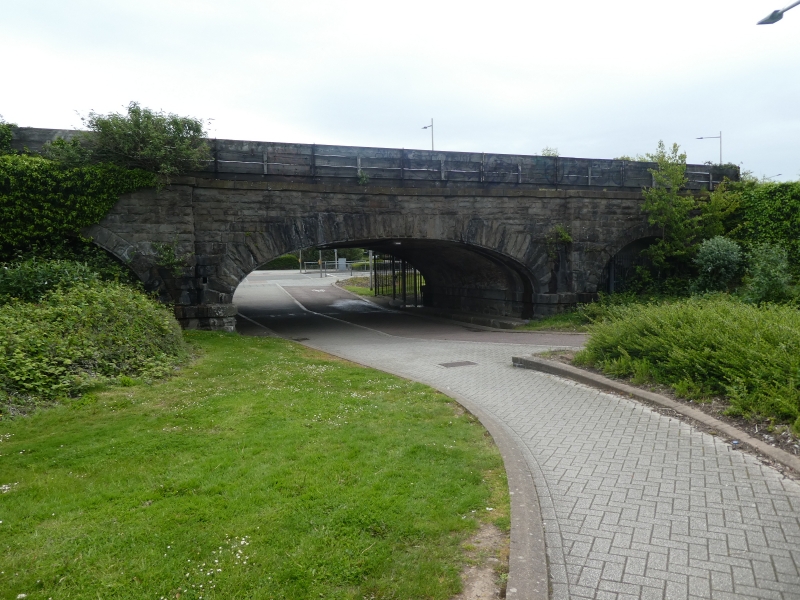 Location: To S of junction with Herbert Street.

Carried Taff Vale Railway over the former spur of the Glamorganshire Canal leading into Bute West Dock. Canal filled in and arches blocked but railway bridge and embankment remains in use to Cardiff Bay Railway station. Probably constructed 1839-40 when the Bute West dock and Taff Vale Railway to Dock Station were constructed and opened in successive years. George Bush, resident engineer to I K Brunel, the eminent Victorian engineer, laid out the Taff Vale railway and supervised the construction of this bridge.