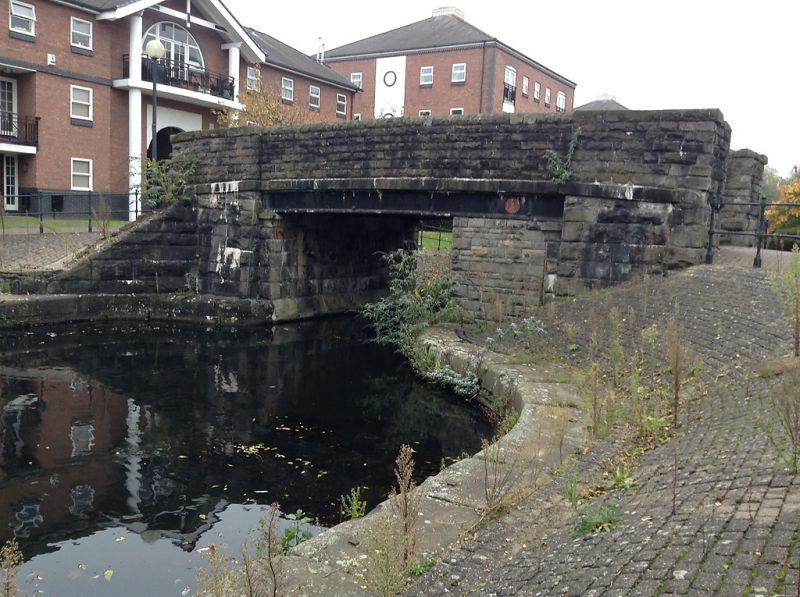 Bridge has heavy abutments in rock-faced coursed brown stone with parapet in slightly smaller blocks. Smooth dressed blocking course at decking level. Parapet returns at corners of bridge to form refuges which are probably built from parapet wall to former approaches. Span of bridge slightly set back from abutments; buttresses on E and W of abutment on S side. Rounded rock-like coping stones to span of bridge and refuges, but flat coping stones to approaches. Bridge now approached by steps (formerly ramped) and has modern brick decking. Canal is spanned by six parallel I-beams which are bound together by transverse tie rods. Flanges on I-beams support shallow brick arches on which decking is bedded. Beneath bridge on N side on canal is later stone infill blocking towpath and supporting bridge.

Listed as one of a pair of small bridges surviving from early period of Bute E Dock. Group value with adjacent bridge.