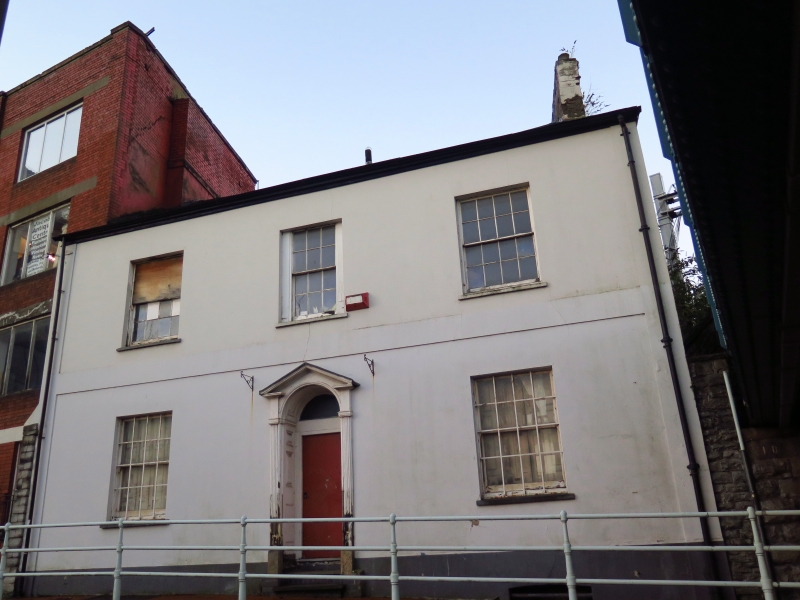 Probaly early C19 house (appears to be on O'Rouke's plan of 1849), marked as inn on early C20 Ordnance Survey maps and situated on what was formerly wharf of Glamorganshire Canal.

Listed as rare surviving building of this period in central Cardiff.