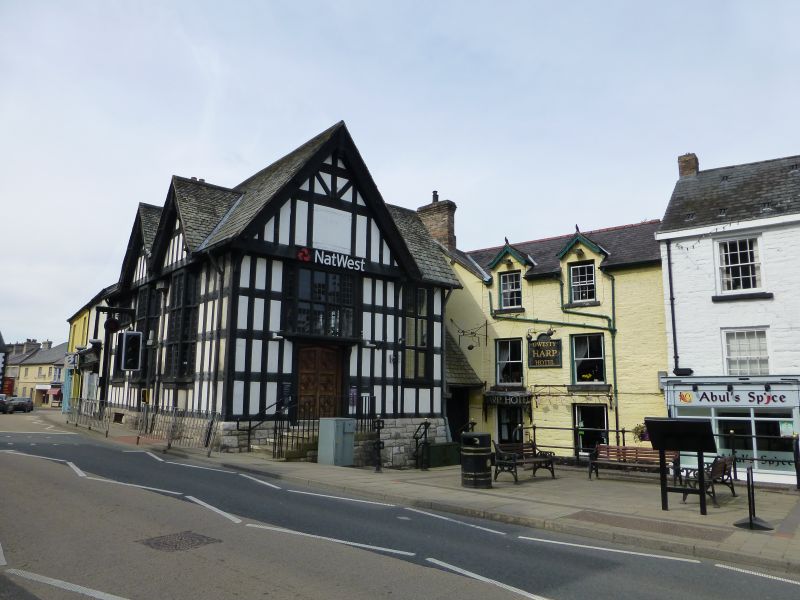 Location: At the W end of the broad section of High Street, adjoining the National Westminster Bank.

Probably early C19, though reroofed and possibly extended in the later C19. Painted roughly coursed and squared stone, slate roof with tiled cresting and end wall stack. 3 storeys, 2-window range, with entrance to the left. Panelled and partly glazed doorway with wrought iron canopy porch of segmental plan carried on scrolled brackets and incorporating the name of the hotel in lettering between bands. 2-pane sash window alongside, and 3-pane sashes to first floor, with tooled flat stone lintels. 12-pane sashes to gabled dormers of attic storey. Blind gabled return of a later extension to the left .

A typical early C19 town-house which forms part of a group of commercial and domestic buildings at the centre of the town.