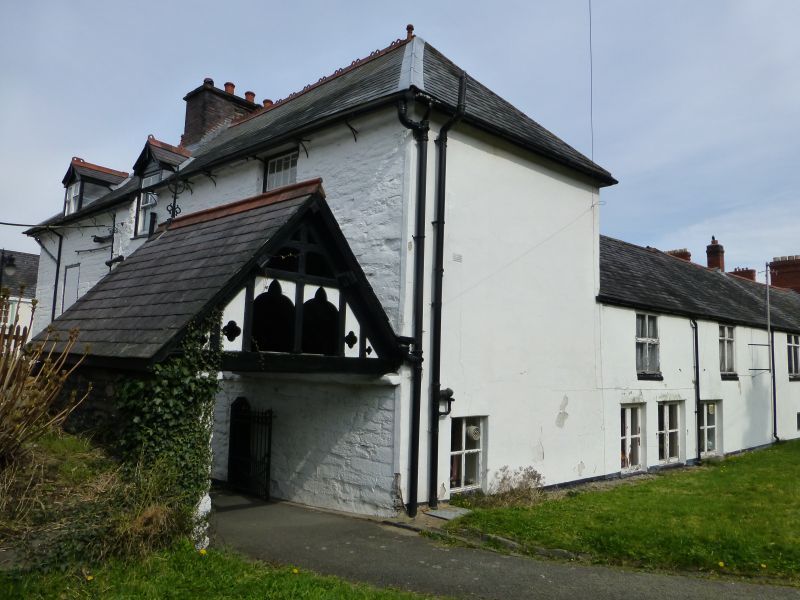 Location: Prominently sited on the main street in the centre of the town, in front of the church.

The building is largely of c1740, but incorporates parts of an earlier structure. It was extended by a wing set back slightly to the W in c1890, and re-roofed at the same time. It is reputedly the place where the first public Eisteddfod was held in 1789.

The building retains a number of C18 features, including a fine staircase which has scroll-moulded tread ends, turned balusters and newels, and a swept rail. There are also several 6-panelled interior doors. In the rear of the C18 block, there are substantial ceiling timbers including the bressumer to a former fireplace and a chamfered spine beam and joists, which almost certainly relate to an earlier building on the site, remodelled c1740.

A fine example of a C18 coaching inn, which has retained most of its original character, and which is a highly significant element of the townscape.