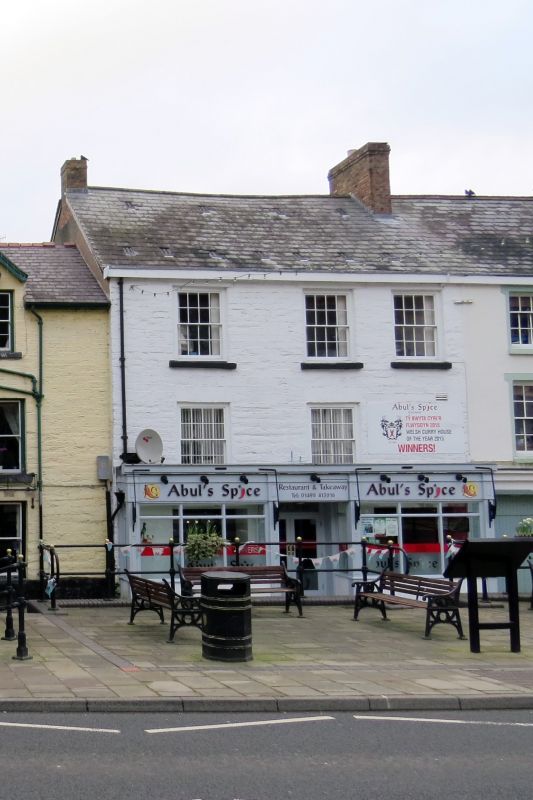 Location: Adjoins the Harp Hotel at the W end of the broad section of the High Street.

Included as part of a key group of commercial buildings in the centre of the town.