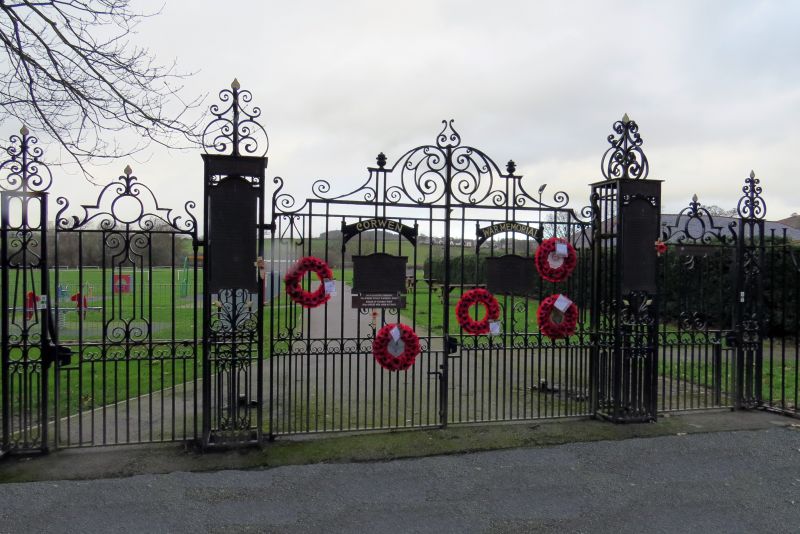 Cast iron, the paired main gates are flanked by hollow piers, and there are flat piers to either side of the footgates. Quadrant railings to either side. The gates and piers are enriched with scroll-work decoration, and are surmounted by ornate scrolled finials. The main gates and footgates have ornate lock bars and scrolled arched heads. There are simplified scroll-work panels strengthening the flanking quadrant railings. The memorial panels are attached to the main piers, with the later panels added to the gates themselves.