A Grade II Listed Building in Llandow, Vale of Glamorgan 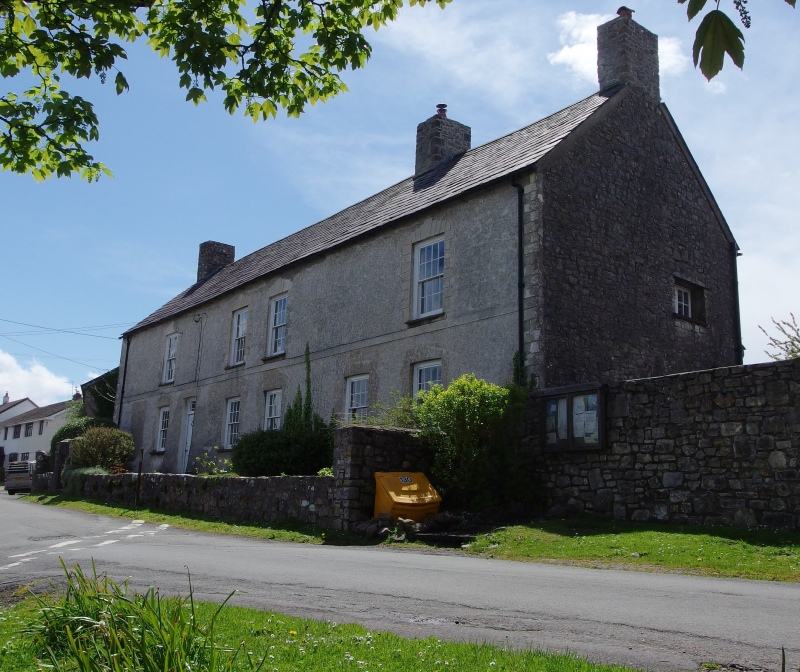 Location: At the centre of the village to S of Parish Church, set behind a low rubble wall.

Mid C16 farmhouse originally with central hall and two outer rooms, refaced in the C18 and extended to the rear by a two storey wing. Understood to have been occupied in the C19 by the headmasters of Cowbridge Grammar School.

Listed grade II as an example of a mid C16 farmhouse with late C18 alterations which groups well with the Church and Church School in the centre of the village.